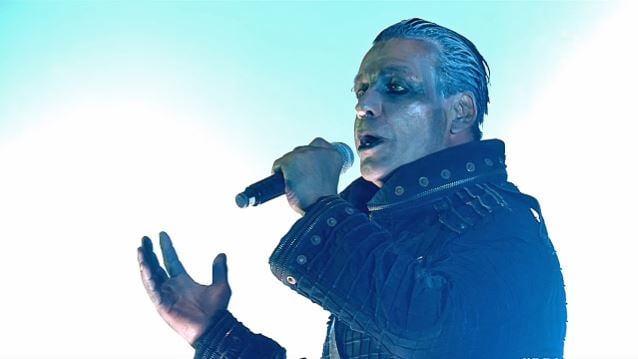 During an interview with Kaaos TV conducted on July 2 at Provinssi in Seinäjoki, Finland, RAMMSTEIN keyboardist Christian "Flake" Lorenz spoke about the new song "Ramm 4", which opened the band's recent shows and which contains lyrics that seem to be a combination of various titles of previous RAMMSTEIN songs. Regarding why RAMMSTEIN chose to debut the track on the latest tour, he explained: "We wanted to show the world that we are still together and that we are playing and making new music."

Lorenz was also asked about the progress of the songwriting sessions for RAMMSTEIN's next album. He said: "We have started to compile ideas for songs and develop them as a band. It is difficult to say how far along we are, because a lot of the time everything seems to be going well, and then there are days when we just want to start the whole process all over again. That is why there is no objective view about how far [into the making of the new album] we are."

The band's frontman Till Lindemann last year released a debut album with his side project LINDEMANN.