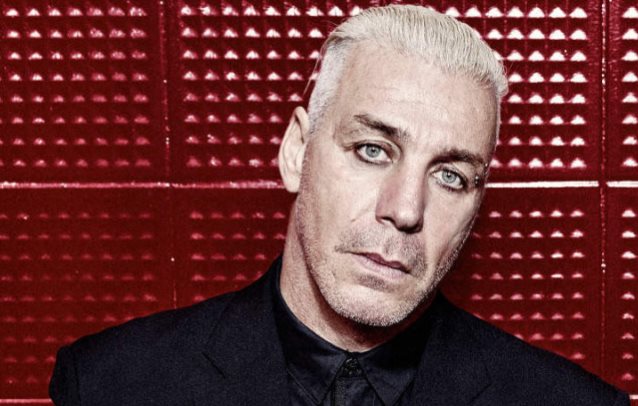 In a brand new interview with RockSverige.se, RAMMSTEIN frontman Till Lindemann offered his thoughts on the current state of the music industry.

"The only thing I can say is that I don't wanna start a band these days," he said. "It's quite impossible to live off of it. The record companies don't give you a chance, like in the old days when they went, 'Here's a pile of money. Go make a good record!' Music these days, in my opinion, is fast produced and homemade and all digital and low budget. As a newcomer, you have no chance. Everything is cheap and low budget, in my opinion, and there's nothing good coming out these days, except for DJs. There's a whole new and modern DJ culture, like Skrillex and those guys. There's a total changeover in the music and the quality in music and the taste in music is totally different. We're never gonna see bands like LED ZEPPELIN or BLACK SABBATH again. It's over."

Halford added: "My mate Gene Simmons [KISS] said 'rock and roll is dead' [a few months] ago, which caused a bit of a ruckus. I don't believe it's dead. I think it's thriving, I think it's great, and I think the future's bright. Not only the bands that are coming up now, but the bands that are starting where we started forty years ago, making noise in the garage or whatever. It's great."

VENOM vocalist/bassist Conrad "Cronos" Lant echoed Halford's sentiments in a recent interview, saying: "I was telling some press guy recently, where the fucking hell are all the frontmen? Where have they gone? It seems like that's one of the biggest things that's missing at the minute, is where's the new people like... and I'm not saying copycat... but I'm saying the next charismatic figure. Where's the next Ozzy Osbourne? Where's the next fucking Alice Cooper? It's just girls at the fucking minute, 'cause when you see the stage show for artists like Pink and even these fucking Aguileras and all the rest of these fucking Katy Perrys, they are putting on incredible shows and they're fucking kick-ass bitches with a fucking attitude! And it's like, 'Wow!' Frontwomen. I'm up for that. [Laughs]"