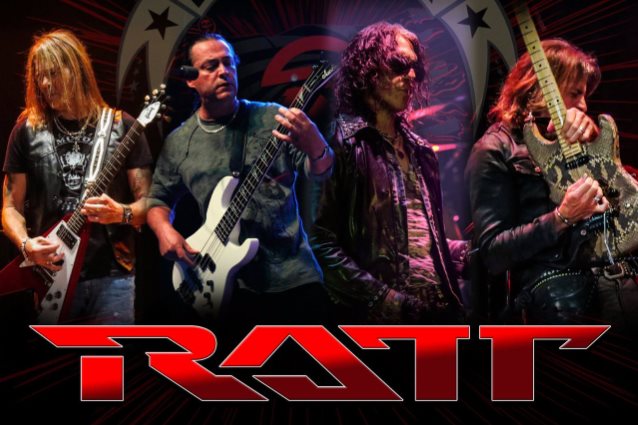 According to a fresh post on RATT's official Facebook page, the band will tour in 2018. No further details have been provided.

RATT's classic-era members Juan Croucier (bass),Stephen Pearcy (vocals) and Warren DeMartini (guitar) reunited in October 2016 for a surprise performance on a Monsters Of Rock cruise. The trio has since played a series of RATT shows, including high-profile sets at Maryland's M3 Rock festival and Oklahoma's Rocklahoma. They were joined on stage by former QUIET RIOT guitarist Carlos Cavazo, who played on RATT's last studio album, 2010's "Infestation", and drummer Jimmy DeGrasso, who previously played with Y&T, WHITE LION and MEGADETH, among others.

Starting in late 2015, Bobby Blotzer spent about a year and a half playing shows under the name RATT with a lineup in which he was the sole member from the band's '80s heyday. The drummer's efforts were met with legal challenges by Pearcy, DeMartini and Croucier, who objected to his use of the RATT name, referring to Blotzer's version as a "cover band."

Pearcy said earlier in the year that RATT was working on material for a new studio album, which will be "quite a lot different" from the band's last disc, "Infestation".

Released in 2010, "Infestation", featured Robbie Crane on bass instead of Croucier, who rejoined the group in 2012.

Pearcy also confirmed that Croucier will be heavily involved in the writing process for RATT's next album, marking the bassist's first appearance on a RATT LP since 1990's "Detonator".