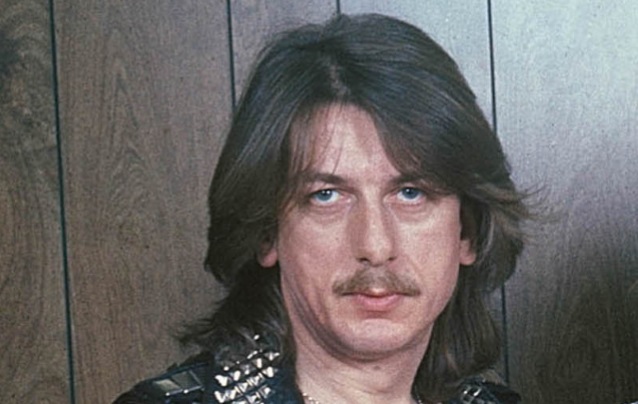 According to the Spanish newspaper El Progreso, former JUDAS PRIEST drummer Dave Holland has passed away at the age of 69. The musician died on Tuesday, January 16 at Hospital Universitario Lucus Augusti in Lugo, Spain. The cause of his death has not been revealed, but his body has already been cremated, according to the newspaper.

Holland had reportedly been residing in Fonsagrada, a town and municipality in the province of Lugo in northwest Spain, after spending several years in a British jail for attempting to rape a teenage boy. The drummer was sentenced in January 2004 of trying to assault the 17-year-old in his cottage in Northamptonshire, England, while giving him drumming lessons. The abuse was revealed in a letter written by the teenager to his parents.

Holland always denied any involvement in the attempted rape of the special-needs student and was at one point said to be planning to write a tell-all biography of his life and career.

According to El Progreso, Dave lived discreetly in a secluded part of Spain and was described by the neighbors who knew him as "very kind and polite."

In a 2008 interview, JUDAS PRIEST singer Rob Halford stated about Holland: "I think there's an enormous respect for Dave and what he did for the band. As you know, we've had many drummers; we're almost like the living SPINAL TAP in some respects. The drumming for any band is absolutely vital — it's the anchor, and it's what keeps the band locked together. So after going through three or four drummers, we finally found the best man for the job, Scott Travis."

PRIEST bassist Ian Hill once described Holland's style as "very steady and solid. He doesn't try to fit things in and be fancy just for the sake of it. Dave's the sort of drummer that would rather leave something out and make his impact that way, instead of dealing with a real technical jazz-type drum fill. All I can say is that Dave's a damn good heavy rock drummer in my book."