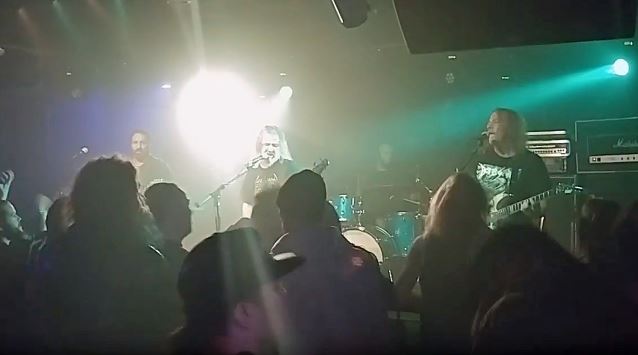 Reunited cult New York thrash metal act DEMOLITION HAMMER played a short unannounced "rehearsal gig" on November 18 in Elmhurst, New York. The band showed up at the Blackthorn 51 venue at around 1:15 a.m. — right after headliners of the evening MALIGNANCY — and performed seven songs. Fan-filmed video footage of the concert can be seen below.