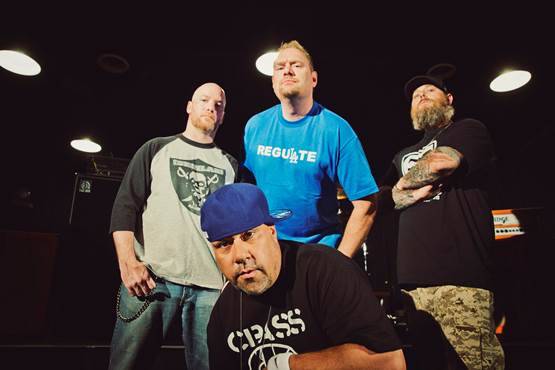 Hardcore punk/rap metal veterans DOWNSET recently announced their highly-anticipated return with an upcoming performance at the This Is Hardcore festival in Philadelphia, Pennsylvania on July 27. Now, the band can announce its full plans for 2014, which include a brand new album, titled "One Blood", which will hit stores on July 21. Produced by DOWNSET guitarist Brian Ares Schwager and mixed by Wesley Seldman, the CD was recorded in three locations — Venice And Overland rehearsal studio in Culver City, California; The Basement in Baltimore, Maryland; and Creating Better Sounds studio in Palmdale, California.

"'One Blood' is DOWNSET in its truest form, coming straight from our hearts to touch the hearts of others," states guitarist and "One Blood" producer Brian Ares Schwager.

Vocalist Ray Oropeza adds: "The East Coast is where DOWNSET will launch our live tour for the 'One Blood' album.

Formed in 1986, DOWNSET released albums on the Mercury and Epitaph labels before disbanding in 2009.