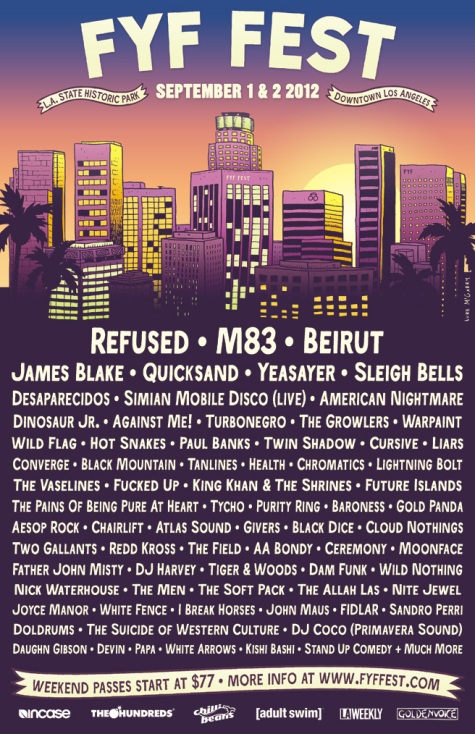 Tickets go on sale Friday, June 22 via Ticketfly.com and start at $77 for a weekend pass. The festival is all ages and will run from noon until midnight each day. Tickets will also be available at local Los Angeles record stores and select Chilli Beans store locations.

QUICKSAND made a surprise appearance on June 10 as the "special guest" on the final night of Revelation Records' four-night 25th-anniversary celebration at the Glass House in Pomona, California. The short, one-off reunion performance included a cover version of THE SMITHS classic "How Soon Is Now?" which was released as a B-side to QUICKSAND's "Dine Alone" single.

Video footage of the concert can be seen below.

QUICKSAND was formed as a side project of GORILLA BISCUITS' Walter Schreifels, who was joined by Tom Capone, Sergio Vega (now in DEFTONES) and Alan Cage. QUICKSAND initially broke up following the the first Warped Tour in 1995, only to reunite in 1997 for a short run ending in 1999.