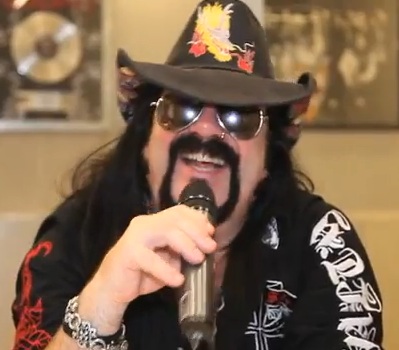 Former PANTERA and current HELLYEAH drummer Vinnie Paul Abbott was interviewed for the latest edition of "The Metal File" podcast from Montreal's CHOM-FM. You can now stream the chat using the audio player below.

HELLYEAH will guest on the nationally syndicated radio show "Rockline" with host Bob Coburn on Monday, July 9 at 8:30 p.m. PT / 11:30 p.m. ET. Fans are encouraged to speak with HELLYEAH by calling 1-800-344-ROCK (7625). The show will be streamed on the "Rockline" web site for two weeks beginning the afternoon after the live broadcast.