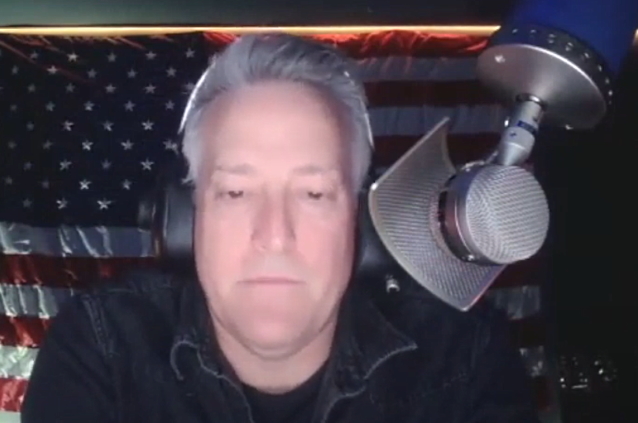 In a brand new interview with "The Rockman Power Hour", FILTER mainman Richard Patrick revealed that he is re-teaming with Ben Grosse "as the producer and mixer" for some of the band's new music. "We're gonna make two songs that sound just like 'The Amalgamut' and 'Title Of Record'," he said (as transcribed by BLABBERMOUTH.NET). "It's gonna sound just as amazing as that. They're well-written songs, so I've got that going for me. But it's gonna take his sauce. He puts this amazing sauce. He calls it 'butter'. He puts a little saucy butter on the mix, and somehow it's amazing. But I haven't worked with him in years and now we're finally gonna get back together and do some stuff. So I'm really looking forward to it."

Richard has successfully led and spearheaded FILTER for the last three decades, releasing many platinum records, including the aforementioned "Title Of Record" and "The Almagamut".

Last May, it was announced that FILTER had signed a worldwide deal with Golden Robot Records.

In October 2020, FILTER released the official music video for the song "Murica".

Patrick later told Alternative Press that the character in the "Murica" video is "a Trump-supporting, gun-loving, unmedicated, super-freak 'merican unhinged and at his wits' end. And he's trying to take control of something that is not out of control. And he's afraid. He's the super-afraid white male. The Trump-supporting nutbag that I hope I can reach.

Asked if he thought "Murica" was going to piss people off or it's going to be a rallying point, Patrick said at the time: "I just wanted to show this surreal, crazy side of what America looks like. I literally am doing it just so the record shows that someone was willing to fuckin' say something about the right. Something about how crazy they are."