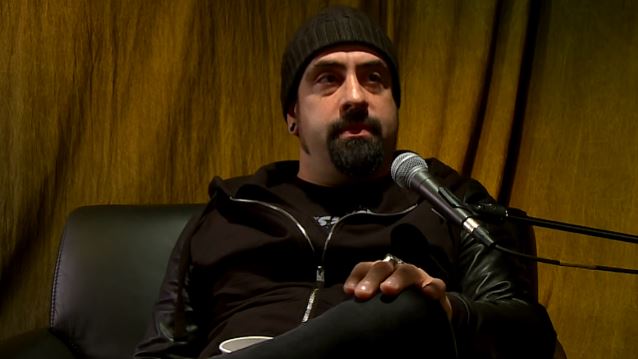 On how the recording process for "Seal The Deal & Let's Boogie" was different to that on 2013's "Outlaw Gentlemen & Shady Ladies":

Rob: "Well, obviously, we know each other better, having been in the band for a few years now. There's a certain instinct thing that happens, I guess, when you're making music when everyone's familiar with each other. And I definitely felt that in the rehearsal room as we were going over ideas and hashing out these songs."

On what makes a VOLBEAT song sound like VOLBEAT:

Rob: "It's one of the coolest things about this band for me. There's no real musical boundaries, so to speak. It just makes it really fresh and interesting. So, yeah, if you're asking if there's some kind of VOLBEAT formula, I don't think that exists. [Laughs]"

On the first single from "Seal The Deal & Let's Boogie", a song called "The Devil's Bleeding Crown":

Rob: "First off, that was definitely the first song that we hashed out. We actually started playing… We were playing half of that song on the last tour we did, just to kind of try it out and see how it worked, and the fans seem to really dig it. We played it once in its entirety in Denmark, the last show we did, and it went over great. But lyrically, I'm not totally sure how it fits in with the [album concept]. It's something about the son of Satan. [Laughs]"

"Seal The Deal & Let's Boogie" will be released on June 3 via Republic Records.

In addition, VOLBEAT has announced that longtime friend Kaspar Boye Larsen will be assisting as bass player for these upcoming U.S. shows. He actually stepped in before to help the band out on bass during their very first European tour in 2006. Recognizable to the fan family, he's supported VOLBEAT as an opening act in previous bands such as THE HITCHCOCKS and THE KANDIDATE. 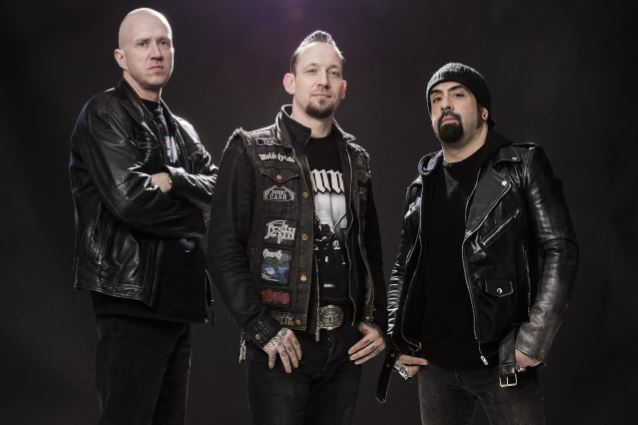