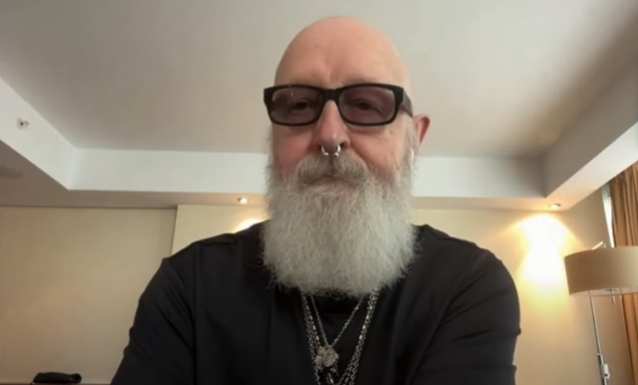 JUDAS PRIEST singer Rob Halford spoke to Full Metal Jackie's syndicated radio show about his just-released book, "Biblical: Rob Halford's Heavy Metal Scriptures". In the follow-up to his 2020 autobiography "Confess", Halford runs his lively eye over all facets of the hard rock history and the heavy metal world via bite-sized reflections, opinions, and memories in scores and scores of areas, all linked by a biblical theme.

Asked what is fulfilling about communicating through written word enough for him to want to do it again, Rob said (as transcribed by BLABBERMOUTH.NET): "I suppose it really connects to my job [laughs] in the band. [I'm] a lyricist. I love words. I love the whole experience. I'm a book reader as well. Books are so beautiful, no matter where you are in enjoying them, whether it's history or music or politics, art, science, fiction, fantasy — whatever it is — they are beautiful things to have and to be inspired with and to gain knowledge. And they're not boring. They're just incredible parts of our lives that we can have adventures with and grow and get wisdom from.

"On the back end of making 'Confess' with my dear friend Ian Gittins, who's my voice [co-writer], I said at the time, 'I've got this idea floating around in my head.' Everything starts with an idea, no matter what. 'I can't quite articulate what I'm feeling. But would you be able to do some more work together?' 'Yeah, of course. Whatever it is, let me know.' So, 'Biblical' — I don't know why these things happen, but 'Biblical' came into my mind. And using the holy book [the Bible] [laughs] as a reference, we put together these chapters — sermons and revelations and temptations and all of these different aspects of the world of metal and rock. And for anybody that wants to gain a deeper insight into how you get to these places, where you begin from — which we touched on a little bit in 'Confess' — but how you have to deal with all of the circumstances that come into being successful: managers, agents, lawyers, all the other stuff. Plus lots of anecdotes. We wanted to make it an informative read but also to have a bit of humor and a bit of tongue-in-cheek and make it a good, all-inclusive emotional read as well."

Earlier in the month, Halford told Mark Strigl of SiriusXM's Ozzy's Boneyard about how the idea for "Biblical" came about: "I had so much with 'Confess', and Ian Gittins, who's my guy, I just sit and talk, and he does all the hard work putting it all together in the manuscript sense. So we finished 'Confess', and much like everything that we do in the creative sense, I already had like a little idea for this next book to make. And I said, 'Ian, can we be blasphemous?' He said, 'Yes, be blasphemous.' I said, 'Can we take the Bible [laughs], can we take the beautiful Bible and take sections of the Bible, like Revelations and Temptations and this and that and the other, and utilize it in a way to take everyone through a story of my life in music but from a different angle, not the autobiographical sense?' Let's talk about what you've gotta do to make things happen, to make the connections, to get the record deal, to get the managers, to get the accountants, to get the lawyers, all that stuff. He did a marvelous job, amongst all of the many anecdotes that we put together for 'Biblical', to make what I think is a really cool, funny, interesting book full of the inside stories which you may be interested in learning about how the machine works, how the rock and roll machine works."

Several months ago, Halford publicly revealed that he battled prostate cancer during the pandemic. He previously mentioned his cancer battle in the new chapter added to the updated paperback edition of "Confess". In "Confess", Halford revealed that he was diagnosed with cancer after experiencing symptoms for at least a couple of years.

"Confess" arrived in September 2020 via Hachette Books. Co-written with Gittins, the book offered readers a compelling, heartfelt and honest look at the struggles Rob has faced with addiction and his sexuality as well as exploring his music and his many brushes with controversy. 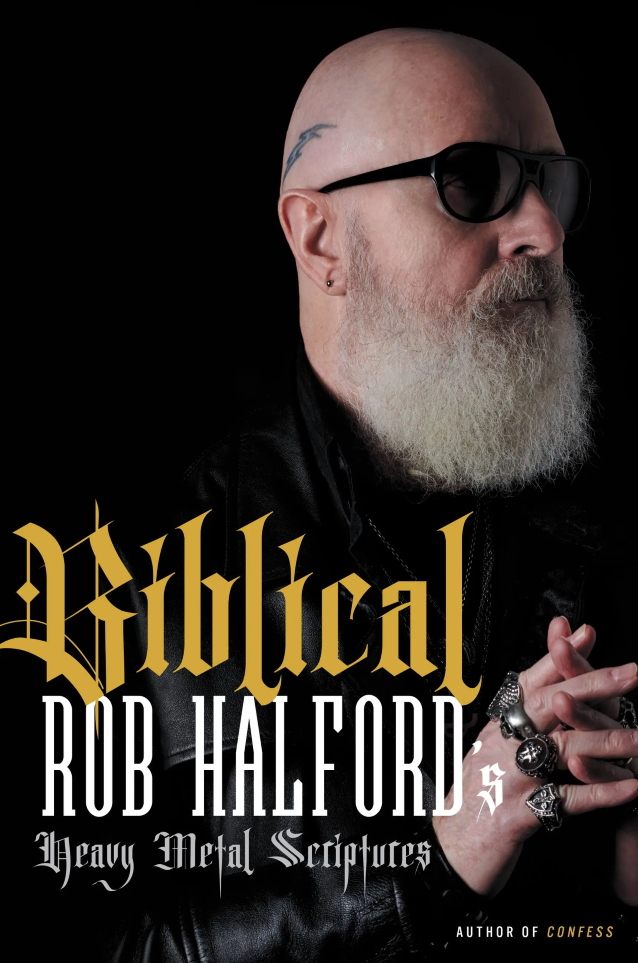