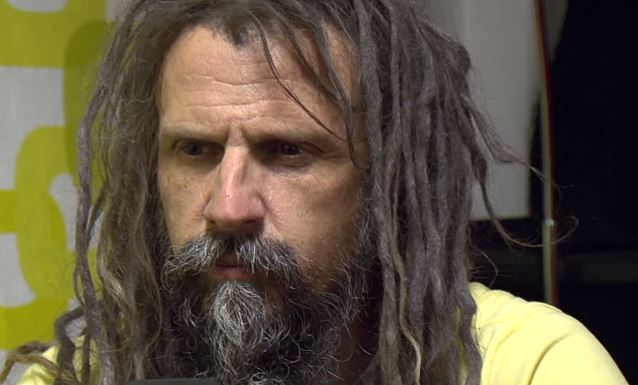 ROB ZOMBIE: BABYMETAL Has 'More Energy Than 90 Percent Of The Bands We Play With'

Rob Zombie has defended BABYMETAL against online criticism, saying that the Japanese pop metal act has "more energy than 90 percent of the bands we play with."

Last weekend, Zombie met BABYMETAL at the Carolina Rebellion festival in Concord, North Carolina. He then posted a snapshot of them together backstage to his Facebook page, much to the chagrin of many of his fans.

After one fan called BABYMETAL "a shameful embarrassment to anything metal," Rob responded: "Hey, they are nice kids out on the road touring. What are you doing besides being a grumpy old fuck?"

Another fan wrote: "[BABYMETAL] are awful. This is lame. I love you, Rob, but shame on you." Rob fired back with: "They roll harder than you."

A third fan said: "Are you kidding me, Rob? BABYMETAL is J-pop, not metal. But to each their own, I guess." Zombie countered with: "These three girls had more energy than 90 percent of the bands we play with."

BABYMETAL addressed the photo in a comment on the Facebook photo. They wrote: “Thank you Rob! The Spirit of HEAVY METAL traversed across the World,rose above language barriers, went beyond generations and created countless legends. See you again at Northern Invasion!" 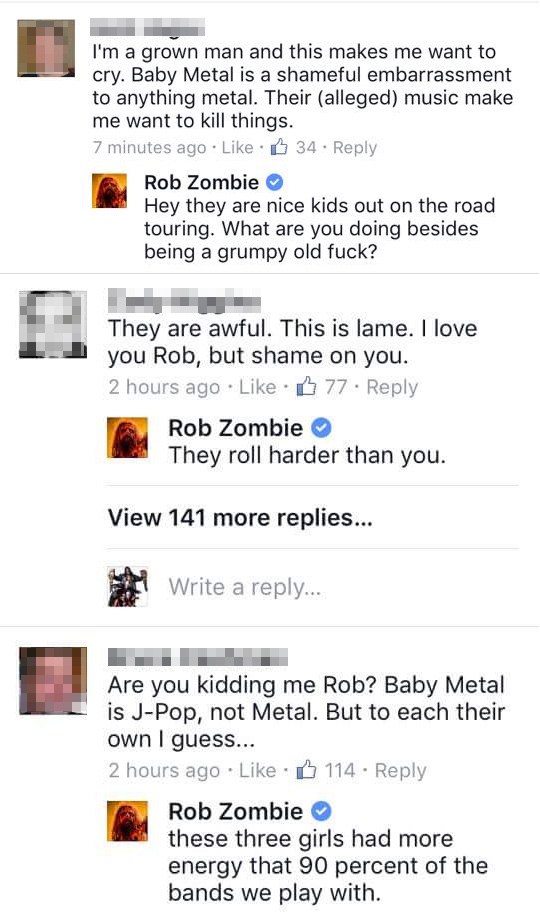