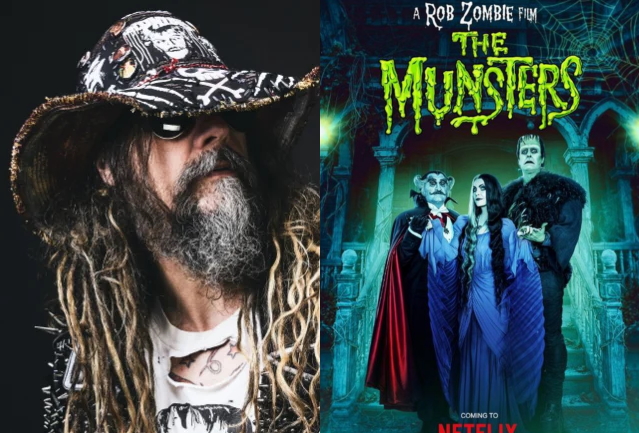 Rob Zombie has released two original songs from his movie reboot of the classic 1960s sitcom "The Munsters". "It's Zombo" and "House of Zombo" have been made available on vinyl from Waxwork Records and digital from Back Lot Music.

Zombo is a character from the original "The Munsters" television series who will also appear in Zombie's new movie.

Rob's "The Munsters" will be made available on Blu-ray/DVD on September 27. You can also purchase your own digital version that same day. The Blu-ray will include lots of bonuses that won't be available on the version that will come to Netflix the same month, such as over 60 minutes of extra footage with a making-of documentary about the movie's production.

Listen to the singles “It’s Zombo” and “House of Zombo” from #TheMunsters out now on vinyl from @waxworkrecords and digitally on @BackLotMusic! @RobZombiehttps://t.co/XJZmSerpjipic.twitter.com/Jtrqv14vQY