According to The Pulse Of Radio, Rob Zombie has completed work on his new film, "3 From Hell", and the movie has also got in front of the Motion Picture Association of America to get a rating. Not surprisingly, the movie has been rated "R" for " strong sadistic violence, language throughout, sexual content, graphic nudity and drug use."

"3 From Hell" is a sequel to Zombie's 2005 film "The Devil's Rejects", and will bring back Sid Haig, Sheri Moon Zombie and Bill Moseley as the psychopathic Firefly family. It's not clear whether Zombie plans to resurrect the trio from the dead in some kind of supernatural fashion in the new film or has found a way to explain that they survived the climactic shootout at the end of "The Devil's Rejects".

All of Zombie's films have been squarely in the horror and exploitation genres, and he admitted to The Pulse Of Radio a while back that it could be tough for him to change that. "I think that sometimes when you try to break out of something, it can be a big mistake," he said. "You have to transition your way out of something. You can't just go, 'I'm not a comedian anymore, take me serious as an actor.' You know, it never works, 'cause it's a lot to ask from your fans and an audience to go like, 'Hey man, I know you love this, but check this out.' It's too much to ask. Actually, I think it's pretty egotistical to think that that's gonna happen, you know. You have to move slowly that way."

"3 From Hell" is expected out early this fall, although a confirmed release date has yet to be announced. Zombie will also have a new LP out later this year, his first since 2016. 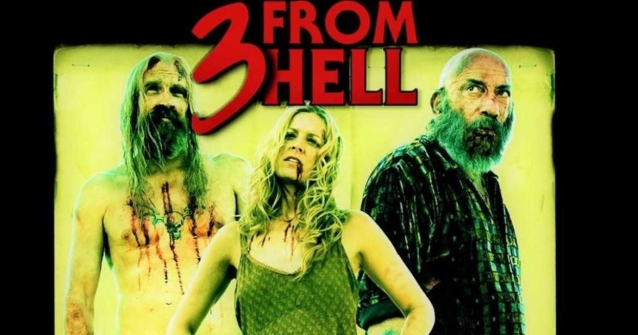