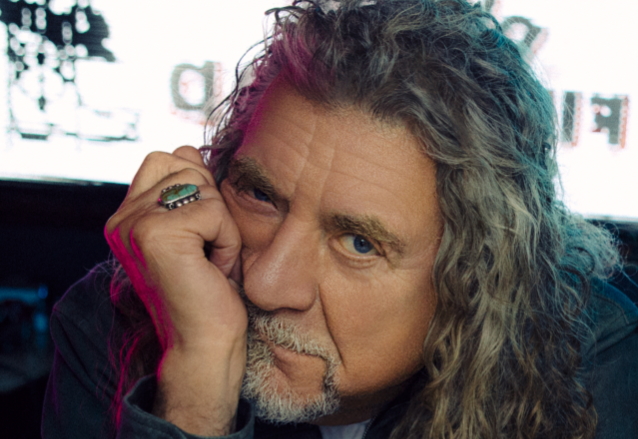 In a new interview with the Los Angeles Times, LED ZEPPELIN legend Robert Plant spoke about how his voice has changed over time. He said: "I know that the full, open-throated falsetto that I was able to concoct in 1968 carried me through until I was tired of it. Then that sort of exaggerated personality of vocal performance morphed and went somewhere else. But as a matter of fact, I was playing in Reykjavík, in Iceland, about three years ago, just before COVID. It was Midsummer Night and there was a festival, and I got my band and I said, 'OK, let's do 'Immigrant Song'.' They'd never done it before. We just hit it, and bang — there it was. I thought, 'Oh, I didn't think I could still do that.'"

When Los Angeles Times writer Mikael Wood told Robert plenty of fans would love to hear him do it with LED ZEPPELIN, Plant said: "Going back to the font to get some kind of massive applause — it doesn't really satisfy my need to be stimulated."

Asked if that makes him feel like an outlier among his classic-rock peers, Robert said: "I know there are people from my generation who don't want to stay home and so they go out and play. If they're enjoying it and doing what they need to do to pass the days, then that's their business, really."

Despite promoter-led attempts to get LED ZEPPELIN to reform for a series of concerts, Plant has remained committed to his new musical direction in the roots and blues-based "Americana" field.

In a 2017 interview with Rolling Stone magazine, Plant said LED ZEPPELIN's 2007 concert was "magnificent. We hit a home run that night, which is something that we were really fearful of," he said. "There was probably more riding on that than we would care to believe.

"Our performance was crucial, but we could reproduce sound in a much more reliable way, so we could be kickass, and sound kickass," he added. "Some of those horrific gigs way back were lacking in quality."

The film of "Celebration Day" saw a worldwide theatrical release by Omniverse Vision on 1,500 screens in over 40 territories in October 2012.

LED ZEPPELIN met with the press in September 2012 in London to launch "Celebration Day". Page told the press that he was thrilled with Jason Bonham's performance filling in for John Bonham, saying, "Jason was absolutely monumental. From the very first rehearsal right through to the O2." Plant added: "It was appropriate and it was wonderful and also his vigor was so fantastic too. He drove us, y'know? It was peculiar and strange at times, but at the same time it was very rewarding for all of us."

When asked why it took five years for the 2007 reunion concert to see the light of day, Jones joked: "Five years is like five minutes in ZEPPELIN time."