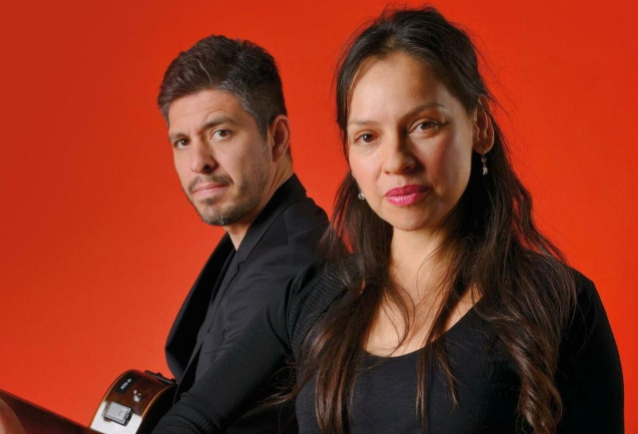 Acclaimed guitar virtuosos RODRIGO Y GABRIELA have received a Grammy Award nomination for "Best Arrangement, Instrumental Or A Cappella" for their version of METALLICA's "The Struggle Within", featured on the recently released tribute album "The Metallica Blacklist". The nod marks the duo's second-ever Grammy nomination, following their previous "Best Contemporary Instrumental Album" win for 2019's "Mettavolution".

The 64th annual Grammy Awards will be presented on January 31, 2022, at the Crypto.com Arena in Los Angeles.

RODRIGO Y GABRIELA's dexterous rendition of "The Struggle Within" is available now at all DSPs and is joined by an official visualizer, streaming via YouTube. In addition, an exclusive behind-the-scenes look at the making of "The Struggle Within" is streaming now. All profits from the song benefit METALLICA's All Within My Hands foundation and the community-driven conservation non-profit Whales Of Guerrero.

RODRIGO Y GABRIELA have long celebrated the inspiration of METALLICA on their own distinctive music, including classic reimaginings of "Orion" and "Battery", the latter featured on 2019's "Mettal" EP. The duo recently discussed their shared passion for METALLICA, their approach to translating "The Struggle Within" to an acoustic, instrumental track, and much more in an exclusive two-part Metallica.com So What! interview streaming now.