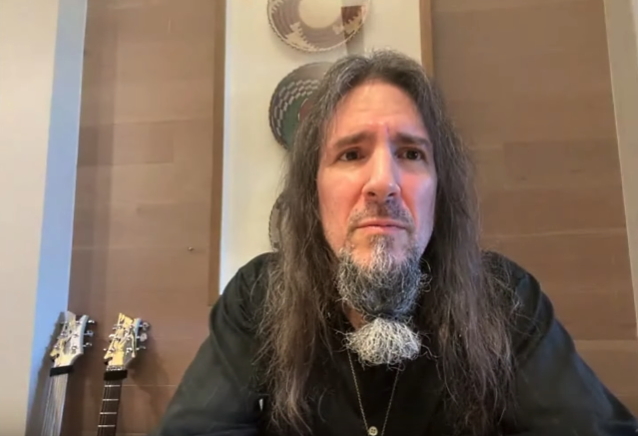 RON 'BUMBLEFOOT' THAL Says Pandemic Has Changed His Perspective On Things: 'I'm Not Gonna Spend So Much Time On The Road'

In a new interview with "The Chuck Shute Podcast", former GUNS N' ROSES and current SONS OF APOLLO guitarist Ron "Bumblefoot" Thal spoke about how not being able to play live shows for the past year and a half has affected his outlook on the touring lifestyle.

"Being home for the first time for so long and reconnecting to family, and to myself, and to be in the studio every day, be creative again, as opposed to just living this life of 24-hour increments with…

"I wanna keep making music, and I'm not gonna spend so much time on the road," he explained. "It's no life; you don't have a real life. It's not how I wanna live anymore. I've done enough of it. And I'll still go out and play, but now I'm pacing [myself]. I'm saying 'no' a lot more. I used to spend my whole damn life just living out of a suitcase. That was no fucking life at all. Everything passed me by, and I missed it all. And I'm not doing that anymore."

Thal joined GUNS N' ROSES in 2006 and appeared on 2008's "Chinese Democracy", an effort which contained music that had been written before he came into the group. The disc took 13 years to make and was only a modest seller, moving just around half a million copies.