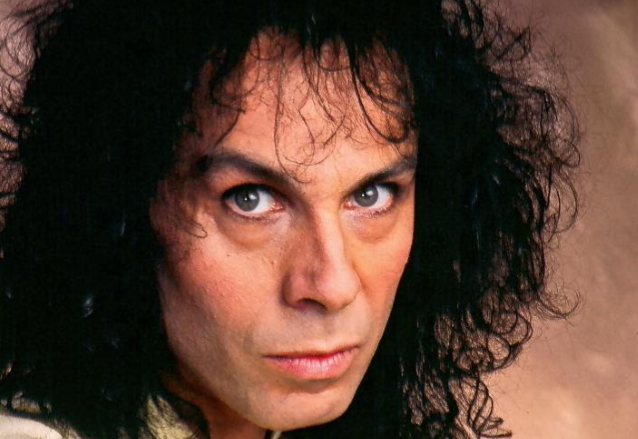 The long-awaited autobiography from heavy metal music icon Ronnie James Dio, the powerhouse voice of ELF, Ritchie Blackmore's RAINBOW, BLACK SABBATH and his longtime namesake band DIO, was recently by published by Permuted Press in the U.S. and Canada and Constable in the U.K. and is now set for publication in a number of other countries and languages. Co-written with British music journalist Mick Wall and Dio's widow and longtime manager Wendy Dio, "Rainbow In The Dark: The Autobiography" is now available at amazon.com, barnesandnoble.com or wherever books are sold.

"Rainbow In The Dark: The Autobiography" debuted at #12 on Publisher's Weekly's Hard Cover/Non-Fiction Best Sellers last week, its first week of release. Next up will be its August 27 publication in Germany. In addition, there are plans for the book to be published in Finnish, Bulgarian, Portuguese (in Brazil),Japanese, Swedish, Italian and Polish in the coming months and in Hungarian in the first quarter of 2022. Because Ronnie James Dio toured all over the world with his various band incarnations, this will be exciting news for his many fans outside of the United States.

"Rainbow In The Dark: The Autobiography" has been well received by the media. "The book has a casual, conversational tone that is all Ronnie," comments NYSMusic, and "'Rainbow In The Dark' (is) a fully immersive, engaging and entertaining story of one of rock's greatest figures," per PhilsPicks. According to Rock And Roll Globe, "What 'Rainbow In The Dark' brings to Dio's story is the emotional elements and personal dynamics of him as a musician and a person. These paint a nuanced and detailed story of the pocket-sized individual with the widescreen vocal chords and confident presence," while Heavy Consequence concludes that "'Rainbow In The Dark: The Autobiography' is certainly required reading for Dio fans, and both Wendy Dio and Mick Wall should be commended for helping finish the book that, sadly, the man himself did not live long enough to complete." Finally, Under The Radar concludes that "Ronnie James Dio's personality and charisma shine through, making 'Rainbow In The Dark' a perfect posthumous tribute to the late singer. The book is worth the wait."

Ronnie James Dio, who actor/musician Jack Black has referred to as "the Pavarotti of heavy metal," had begun writing the manuscript several years before being diagnosed with cancer. Born in Portsmouth, New Hampshire and raised in an Italian-American family in the upstate New York town of Cortland, his journey to international fame was hardly pre-ordained. He first began playing trumpet and then guitar and bass in local bands at parties, bars and clubs while still in high school, surviving life-changing setbacks — among them the loss of his bandmate and best friend in a car accident that put his own life in jeopardy. These events only made him more focused and determined to succeed. He documents how he evolved from sideman into singer and frontman to not one, but three, internationally renowned multi-platinum-selling bands while writing candidly about the many excesses of the rock 'n' roll life.

"Rainbow In The Dark: The Autobiography" is illustrated throughout with photographs, largely never-before-seen, derived from family photo albums and personal archives, plus an eight-page color insert devoted to additional rare photographs from Ronnie's life and career.

To bring the book to completion, Wendy Dio, whom Ronnie met in 1975, married in 1978 and became his manager following his painful departure from RAINBOW, fleshed out certain unfinished sections with additional details and her own observations of specific events covered in the book. Over the past 30 years, Wendy Dio has been involved in many aspects of the music business, receiving awards for stage set design and concert video production, along with serving as executive producer on numerous gold and platinum albums. In 2010, she co-founded the Ronnie James Dio Stand Up And Shout Cancer Fund in Ronnie's memory to raise money for cancer research, education and early detection screenings. She worked with esteemed British music journalist and author Mick Wall, who, as a rock music writer for publications such as Classic Rock, Mojo, The Times and a variety of others, had interviewed Ronnie countless times, to finalize the manuscript. In addition to writing for many of the U.K.'s major music publications, Wall has produced award-winning television and radio documentaries and has written biographies of musicians and bands, among them "When Giants Walked the Earth: A Biography Of Led Zeppelin" and "Two Riders Were Approaching: The Life & Death Of Jimi Hendrix". 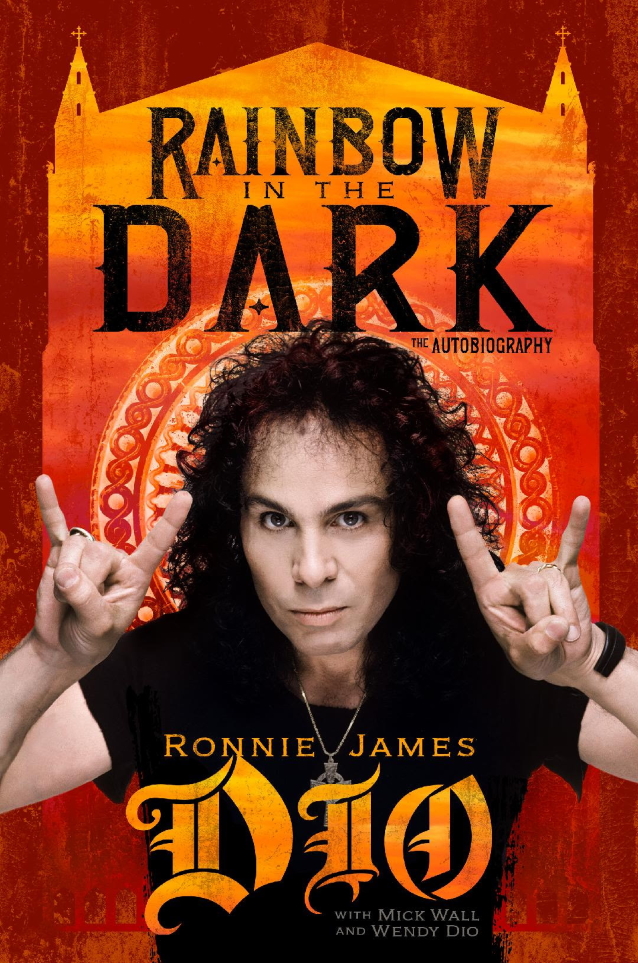