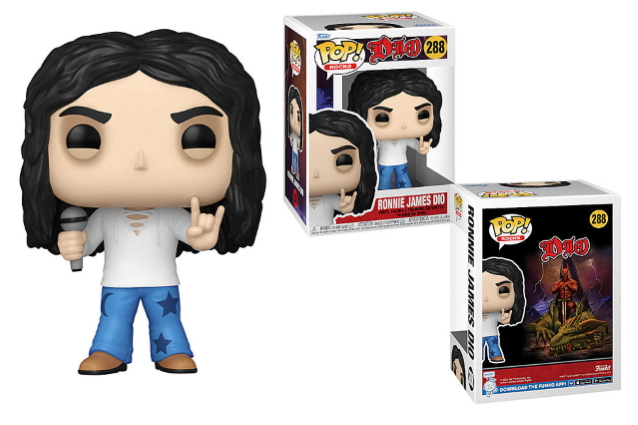 RONNIE JAMES DIO Gets His Own FUNKO Pop! Figure

Announced as part of Funko's 2022 Popapalooza (also styled as Pop!apalooza) lineup, the Ronnie James Dio vinyl figure portrays the BLACK SABBATH, RAINBOW and DIO frontman holding a microphone in one hand and doing the rock "devil horns" in the other while wearing a front-lacing shirt and moon-and-stars-adorned jeans.

The new Ronnie James Dio Funko Pop! figure is approximately four inches tall and will retail for $12. It can be pre-ordered at Funko.com.