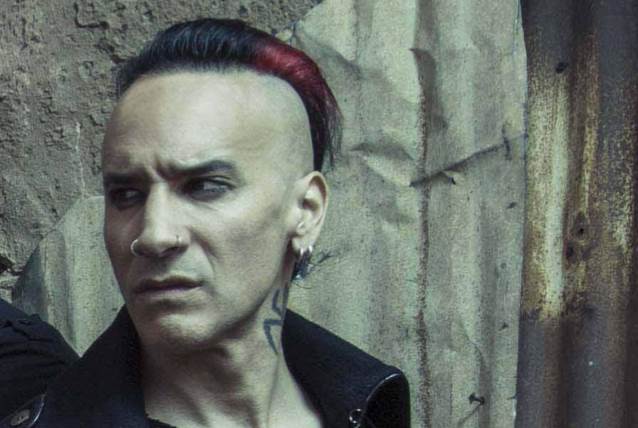 STONE SOUR drummer Roy Mayorga spoke to Topeka's rock station V100 at this year's Rock On The Range festival, which was held earlier in the month in Columbus, Ohio. You can now listen to the chat below.

Speaking about the making of STONE SOUR's latest album, last year's "Hydrograd", Mayorga said: "It came about pretty natural. It's just a collective of everyone. A lot of it was written together, live at my house. We demoed all of it at my studio at my house and just kind of pieced everything together there. We did five or six songs at a time, and every three months we'd get back together and do it that way. Corey [Taylor, vocals] would bring in some songs; Josh [Rand, guitar] would bring in some songs; Christian [Martucci, guitar] brought in a lot of stuff; I would submit some riffs to Christian and he would put 'em together… We wrote about, I'd say, 28 to 30 [songs], and we whittled it down to what you hear. You write as many as you can, you write the best songs you can, and then just pick from there."

"Hydrograd Acoustic Sessions" is a 12-inch vinyl EP of acoustic versions of selected songs from "Hydrograd". The effort was made available on solid silver vinyl accompanied by digital download at participating record stores.