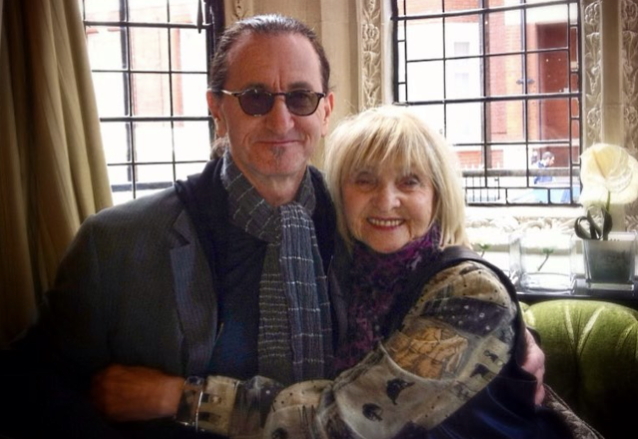 Born in 1925 in Warsaw, Poland, Weinrib grew up in Wierzbnik, a Jewish shtetl that was part of Starachowice, Poland, which was occupied by the Germans beginning in 1939. According to her obituary, she "endured the labor camp at the munitions factory in Starachowice and the concentration camps at Auschwitz, where she met and fell in love with her husband Morris Weinrib, and at Bergen-Belsen, where she was finally liberated in April 1945.

Reunited and married in 1946, Mary and Morris emigrated to Canada. After her husband Morris's sudden death in 1965, Mary was left with three young children and a variety store that her husband had owned and managed. Mary was determined to learn the business, and, against the advice of well-meaning friends, she took over managing their store in Newmarket, and she successfully ran the business until she retired.

Mary was an early supporter and a fixture at RUSH concerts. When the first RUSH album was released, Mary plastered the windows of her store with RUSH posters and gave albums away to any kids who wanted them but didn't have the money to buy them.

Weinrib appeared in the 2010 RUSH documentary "Rush: Beyond The Lighted Stage", and was featured, alongside her son, in Dave Grohl's docu-series "From Cradle To Stage", which explores the relationships of successful musicians and their mothers.

In the same episode, Grohl credited Mary with indirectly inspiring him to become a drummer by bringing Geddy into the world.

Weinrib's family asks that donations made in her honour to the Friends of Simon Wiesenthal Center for Holocaust Studies.