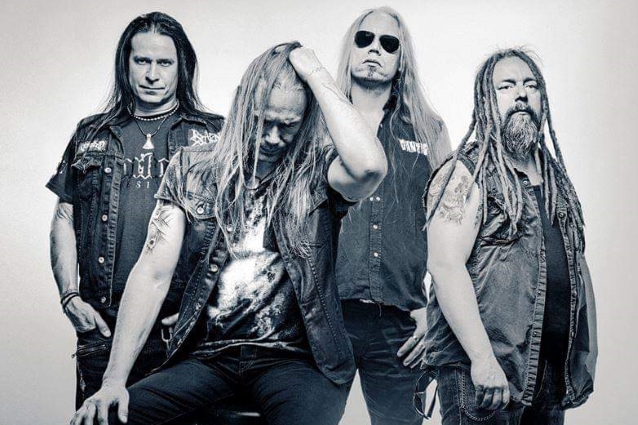 S-TOOL, the band featuring Ville Laihiala, best known for his work with Finnish metal elite acts such SENTENCED and POISONBLACK, has released a new single, "Hole". The track is once again focusing on gloomy subjects.

"The head is one big black hole and a chaos of thoughts," Laihiala explains. "A feeling that you should force open your skull, from which unsure thoughts get out. 'Hole' is also my own response to the amount of plastic produced. 'Hole' is a plastic-free piece of bullshit. Shit without a packet, if you like."

"Hole" is the first single from S-TOOL's forthcoming album, due this autumn via Playground Music.

In addition to Laihiala, S-TOOL includes guitarist Sami Leppikangas and bassist Kimmo Hiltunen from the band LULLACRY and drummer Aksu Hanttu, known from his own metal band ENTWINE.