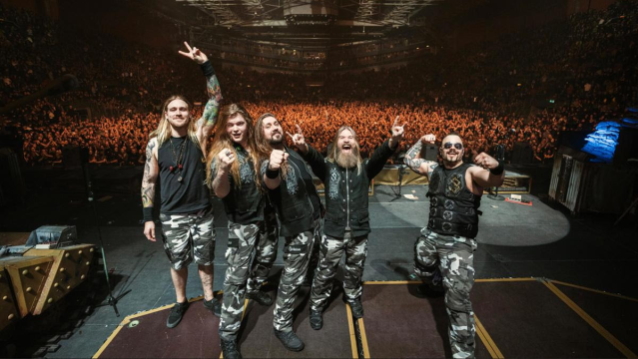 Swedish metallers SABATON have made an exciting announcement: with their fascination for the stories of World War I and two dedicated studio albums filled to the brim with stories from this conflict, the band from Falun has decided to dive even deeper into this topic with its newest release, the EP trilogy titled "Echoes Of The Great War". This new EP trilogy features new songs specifically about World War I, coupled with topically related catalog music.

With this WWI collection, the band aims to present this music in a different way, enabling listeners to familiarize themselves with these incredible war stories while simultaneously quenching the thirst for metal music.

Commenting on the new project, bassist Pär Sundström states: "This trilogy complements our two studio albums 'The Great War' and 'The War To End All Wars'. We were definitely not ready to close our World War I chapter. We wanted to continue the journey and let it echo a little longer in the hearts and minds of our fans."

The first in the series, "Weapons Of The Modern Age", is out now. In times of conflict, science is very much linked to the war system. The First World War witnessed some of the biggest leaps in scientific evolution, weaponizing land, sea and skies in ways never witnessed before. This EP sheds light on the powerful and devastating tactics used to fight the war, and kicking off this release is SABATON's new track "Father".

Sharing his insight on the track, singer Joakim Brodén says: "Our new song 'Father' is a dark track about a very controversial person. Fritz Haber, the man who weaponized lethal gas, is responsible for about four billion people being alive today thanks to the Haber-Bosch process that he won a Nobel Prize for. It takes some serious thought to wrap your head around his story. Things aren't always easy to understand or simply black and white, but rather all shades of grey. 'Father' really forces you to think a bit more than the average song you hear on the radio."

The songs on the second EP in the collection, "Heroes Of The Great War", are a nod to some of the Great War's fearless heroes who left a legacy worthy of a thousand songs. Men and women pushed themselves to their physical and psychological limits, accomplishing almost superhuman things. In this EP, SABATON pays tribute to heroes whose unique stories resonated with the band, and whose narratives are truly inspiring.

The third EP in the series, "Stories From The Western Front", features songs about some of the most gripping tales from one of World War 1's main theatres of war. These stories, some of which are unimaginable in this day and age, depict the chaos, danger, and instability soldiers faced daily, fighting in the name of their countries.

For the sake of atmospheric continuity and staying true to the sound of both "The Great War" and "The War To End All Wars" albums, SABATON has continued to work with Black Lounge Studios — more notably Jonas Kjellgren, the band's longtime producer and recording engineer.

The three new EP releases will be available on all major digital music services. SABATON will also release an exclusive, limited-edition digipak with every EP.

A few weeks ago, SABATON announced its first full-length movie "The War To End All Wars" that the band has been working on for two years together with Yarnhub animation studios. "The War To End All Wars" is a cohesive, thought-provoking, and emotionally charged piece with a heavy focus on storytelling. It features members of the band, both in real life and animated, and a lot of research and effort has been put into it to ensure it depicts history in the most accurate way possible — this is something that the band is very passionate about.

SABATON had a dream of creating something entertaining but with great educational value, and that dream has become a reality after two years of hard work.

SABATON is currently on its 2022 North American trek, "The Tour To End All Tours". 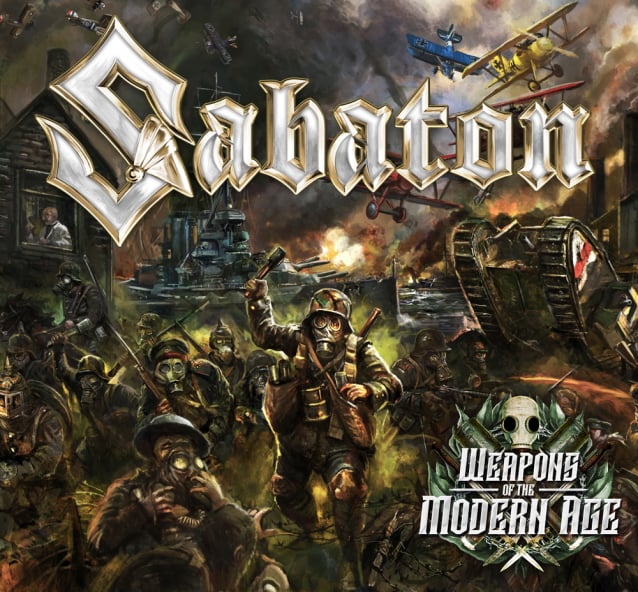