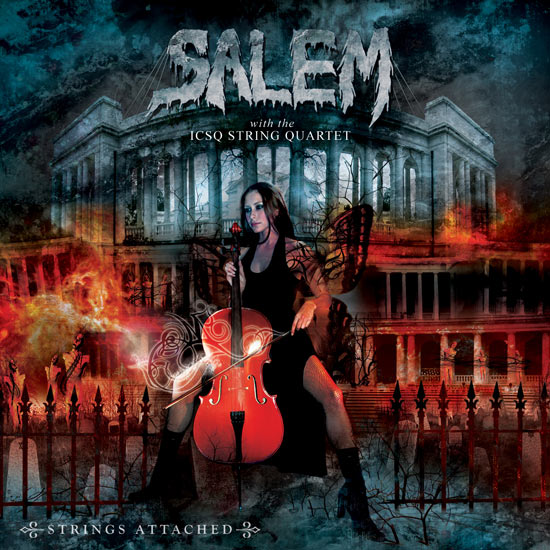 Israeli death metallers SALEM have inked a deal with Holy Records for the release of the group's new album, "Strings Attached", in France. A July 5 release is expected.

As previously reported, the cover artwork for "Strings Attached" has been uploaded at this location. The cover was designed by the band's guitar player, Nir Gutraiman.

"Strings Attached" is scheduled for release later in the year through a local distributor in Israel, The End Records in North America and Raven Music for most of the rest of the world.

"Strings Attached" contains 11 songs from the band's past repertoire and one brand new song, all re-arranged and performed with one of the most respected all-girl string quartets in Israel. Also featured on the CD will be a series of bonus tracks, including Nir Nakav's take on one of the best known jazz drum pieces of all time, "The Drums also Waltzes" (originally recorded by the legendary Max Roach in 1969),and a remake of the SALEM classic "Old Wounds", featuring guest appearances by the lead vocalists of ETERNAL GRAY, ARALLU, BARTHOLOMEUS NIGHT, MOONSKIN, LEHAVOTH, MATRICIDE, SPAWN OF EVIL, SOLITARY and HANGMAN.