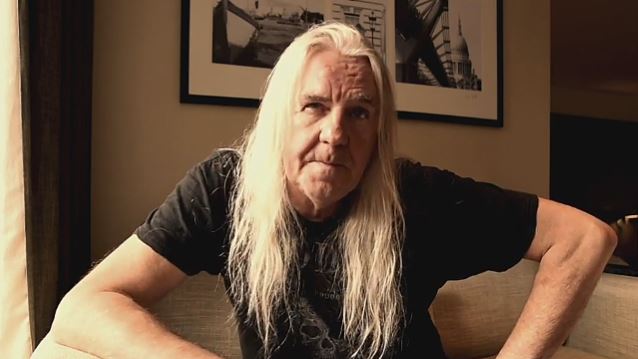 British heavy metal legends SAXON recently revealed that their forthcoming album will include a song dedicated to MOTÖRHEAD. "[It's] called 'They Played Rock And Roll', 'cause that's what Lemmy [late MOTÖRHEAD frontman] used to say every night [from the stage]," SAXON singer Biff Byford told Sonic Shocks (see video below). "It's basically about early MOTÖRHEAD — '79/'80 MOTÖRHEAD, like around 'No Sleep 'Til Hammersmith', 'cause that's the tour we were on, that one. So, yeah, it's about the band, really, and their music."