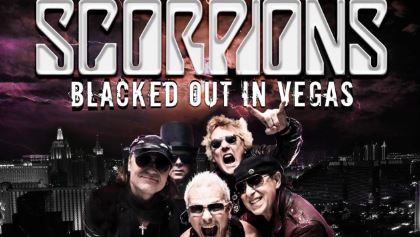 After a massive sold-out show in October 2015, SCORPIONS are back to rock even harder with an impressive five-night run at The Joint at Hard Rock Hotel & Casino in Las Vegas, Nevada. Special guests QUEENSRŸCHE are returning for each night of the limited engagement.

Performances are scheduled for May 13, May 14, May 18, May 20 and May 21. Tickets go on sale Friday, January 15 at 10 a.m. Fan-club members have access to an exclusive presale beginning Monday, January 11 at 10 a.m. at this location. SCORPIONS VIP packages are available and include a meet-and-greet/photo opportunity with the band, premium seating, drink voucher, exclusive merchandise and more.

The band, made up of longtime members Klaus Meine (vocals),Rudolf Schenker (rhythm guitar) and Matthias Jabs (lead guitar),alongside James Kottak (drums) and Paweł Mąciwoda (bass),have created an exclusive set list and production for Las Vegas, and promise fans will not be disappointed by the result.

"We're looking very much forward to seeing all of you in Vegas in May," states Klaus Meine. "Are you ready to be Blacked Out? We can't wait to come back for our first ever five-show limited engagement and to rock The Joint again and again."

Founded in Hannover, West Germany in 1965, SCORPIONS were part of the first wave of metal in the 1970s with their debut album, "Lonesome Crow", released in 1972. The band rose to arena status with seminal releases "Lovedrive", "Virgin Killer" and "Animal Magnetism". In the 1980s, SCORPIONS amassed a string of Billboard chart-toppers from "Love At First Sting" and "Blackout", including multiple Top 10 singles "Rock You Like A Hurricane" and "No One Like You", as well a string of successful singles such as "Send Me An Angel", "Still Loving You" and "Wind Of Change".

The band was also ranked #46 on VH1's Greatest Artists of Hard Rock and their hit "Rock You Like A Hurricane" also landed as #18 on VH1's list of the "100 Greatest Hard Rock Songs". Celebrated across the globe, the iconic rock act has sold more than 100 million albums worldwide, and have received multiple honors including a World Music Award, a postage stamp in Brazil, their star on Hollywood RockWalk, Echo honors, most recently they were honored with the Lower Saxon State Award. In September 2015, SCORPIONS released their 19th studio album, "Return To Forever", the same year the band celebrated their 50th anniversary.

QUEENSRŸCHE first appeared in the music scene in 1982 with the release of their self-titled four-song EP. They very quickly gained international recognition and performed to sold out audiences around the world. They soon followed up with their first full length album "The Warning" in 1984, and "Rage For Order" in 1986. With the release of the critically acclaimed and commercially successful "Empire" in 1991, the band earned multiple Grammy Award nominations and won the MTV Viewer's Choice Award for the #1 chart-topping hit "Silent Lucidity". 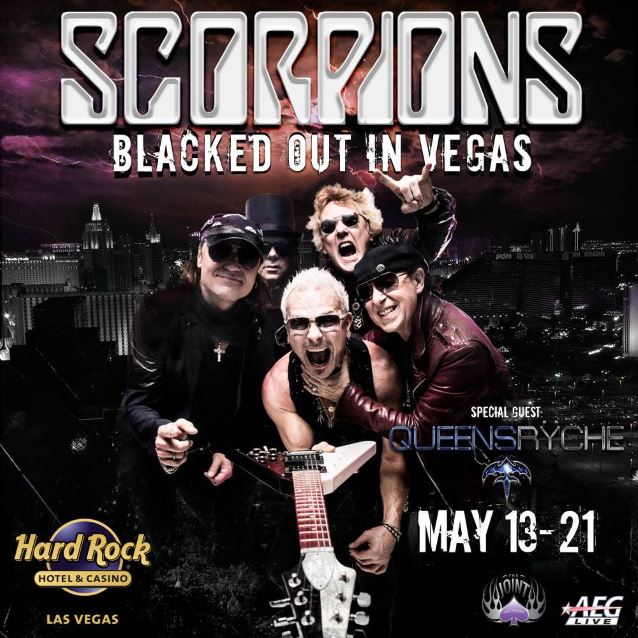