The official SCORPIONS emojis are now available to purchase on both Android and iOS.

You can now add over a hundred SCORPIONS-"themed" emojis to your text messages and posts including ones of Rudolf Schenker, Klaus Meine, Matthias Jabs, Pawel Mąciwoda-Jastrzębski and Mikkey Dee and lyrics to rock your friends like a hurricane!

SCORPIONS will release a new compilation album, "Born To Touch Your Feelings - Best Of Rock Ballads", on November 24. The effort will include fourteen of the band's most famous ballads plus three new songs which were recorded this past summer. 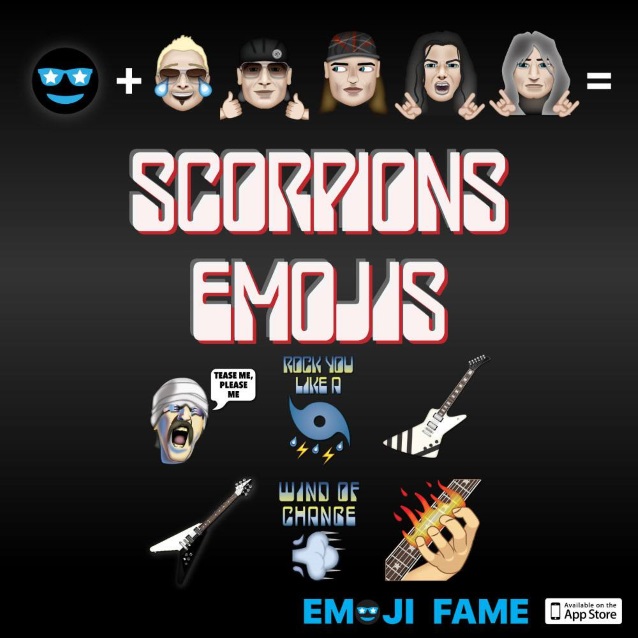