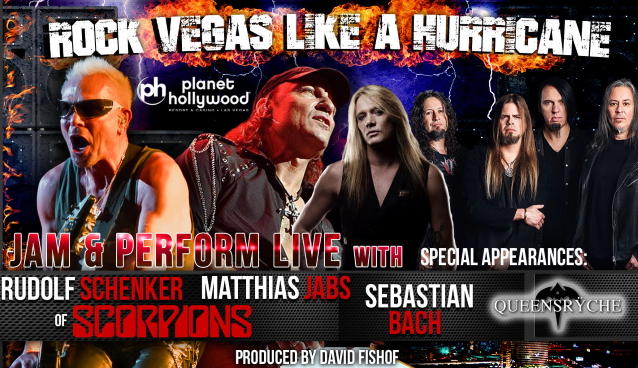 Rock 'N' Roll Fantasy Camp has announced an exclusive new Camp session featuring legendary rockers SCORPIONS who are celebrating the 30th anniversary of their iconic and beloved power ballad "Wind Of Change". Joining in the fun will be former SKID ROW vocalist Sebastian Bach and members of QUEENSRŸCHE. This unique camp will take place in Las Vegas, Nevada over Thursday, March 31 through Sunday, April 3, culminating with a mainstage performance of the campers with the celebrity mentors at Planet Hollywood, on the Las Vegas Strip. Campers can register for this special session now.

Earlier this month, Rock 'N' Roll Fantasy Camp heralded the return of live in-person camps announcing two sessions set for later this year and returning to where it all started 25 years ago, in South Florida. The first camp takes place on November 11-14, 2021. The rock star counselors at this session include Dave Mustaine of MEGADETH, Steve Morse from DEEP PURPLE, and Richie Faulkner of JUDAS PRIEST, among others. A second camp is scheduled for December 2-5 and features Tico Torres from BON JOVI, AEROSMITH's Joe Perry, Vernon Reid from LIVING COLOUR and many others. During both camps, the counselors are not only there to teach but will also join in for the final night's jam at the Hard Rock Hotel and Casino in Hollywood, Florida. A complete listing of all Camps and counselors announced to date is available now at rockcamp.com.

Rock 'N' Roll Fantasy Camp was created 25 years ago to provide real people the once-in-a-lifetime experience of connecting and jamming with their musical heroes. The Camp has provided unforgettable memories, advice and feedback for attendees worldwide. Camp events span over four jam packed days where campers join a band mentored by today's top touring musicians, and work up to final performances with the headliner rock stars at legendary venues from Abbey Road Studios in London, to Hollywood's Whisky A Go Go, to the Atlantic resort in The Bahamas.

The in-person Camp announcement comes on the heels of the tremendously successful 2021 documentary "Rock Camp, The Movie". "Entertaining”, "inspiring" and "moving" are how critics, audiences and industry leaders describe the new documentary "Rock Camp". The film follows four real people who attend Rock 'N' Roll Fantasy Camp and how it transforms their lives. These "rock campers" share the stage with superstar counselors including Roger Daltrey, Alice Cooper, Gene Simmons, Paul Stanley, Nancy Wilson, Joe Perry, JUDAS PRIEST, Sammy Hagar and many more. "Rock Camp" is directed by Doug Blush, who has worked on over a hundred documentaries (including Oscar winners "20 Feet from Stardom", "Icarus" and "Period. End Of Sentence.").

"Rock Camp, The Movie" has generated great word of mouth and buzz, scoring a 94% Fresh rating on Rotten Tomatoes, and continues to hold the #1 Music Doc spot on iTunes/Apple TV. The film has been featured on "The Today Show", "The Tonight Show With Jimmy Fallon" and on ABC News. The Washington Post called "Rock Camp" "an eye-opening treat," and The Chicago Sun-Times described it as "infectiously upbeat." Music industry critic and influencer Bob Lefsetz raves, "I couldn't turn it off. Rock and roll is a religion."

Fishof has had a successful career as a sports agent, producer, promoter, and manager and is the founder and CEO of Rock 'N' Roll Fantasy Camp. Fishof produced the "Happy Together" tours, the MONKEES 20th-anniversary reunion tour, "Dirty Dancing Live" tours and "Classic Superfest" and others. He also created and produced RINGO STARR & HIS ALL-STARR BAND tours for 15 years. 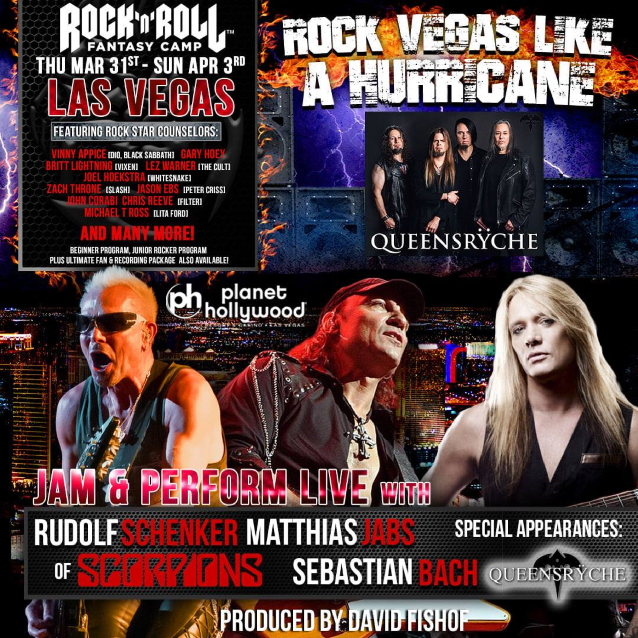