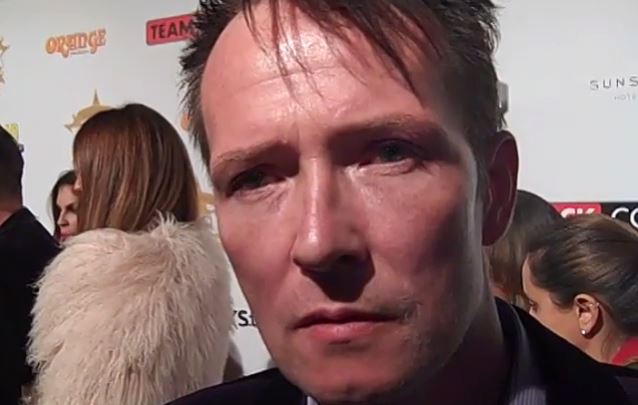 SCOTT WEILAND On Split With VELVET REVOLVER: 'There Were A Lot Of Egos In The Band, Including Mine'

During a recent interview with Canadian rock journalist Mitch Lafon of the "One On One With Mitch Lafon" podcast (Facebook page),former STONE TEMPLE PILOTS and VELVET REVOLVER singer Scott Weiland was asked why he was fired from VELVET REVOLVER in 2008 after making only two albums with the group.

"I don't know," Weiland responded (hear audio below). "There were a lot of egos in the band, including mine. Everybody was, basically, a star, a celebrity. To make a group like that work — like a supergroup-type thing — and to make it last for… I'm surprised we were together for, actually, seven years. I wish we would have had another album under our belts. But… it just… It was great, great, great while it was great, and it was difficult when it was difficult. But I don't regret any of it. It was cool."

All the members of VELVET REVOLVER insist that the band is not dead, and the four instrumental players have periodically held quiet auditions for a new frontman.