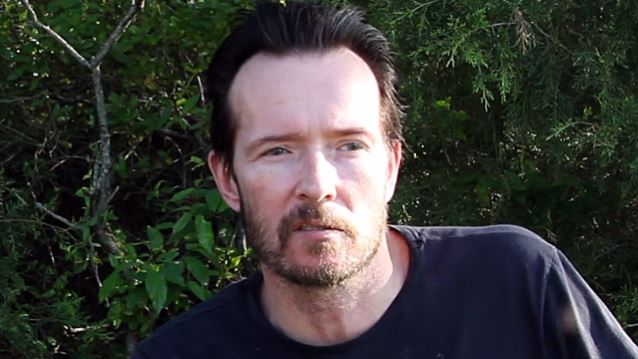 SCOTT WEILAND Once Again Denies He Is Back On Drugs: That 'Is Absolutely Not The Case'

Ex-STONE TEMPLE PILOTS frontman Scott Weiland has once again spoken about his bizarre delivery of "Vasoline" at a show in Texas last month. He alluded to faulty equipment again, saying his ear monitors weren't working, and denying drugs as the cause.

In an interview with 3DotMag.com conducted at this year's edition of the Carolina Rebellion festival, Weiland slammed people who criticize him without having many of the facts, he said (see video below): "Just like that show the other night where I didn't have any in-ears, so I couldn't hear myself, and people were saying I was back on drugs, which is absolutely not the case. It's been thirteen years."

Discussing the coverage he's received in the media recently, Weiland told WXNR 99.5: "Unfortunately, that's the way it is with… you know, the media these days. They like to talk stuff without really knowing what's going on. You know, I've been off drugs for thirteen years and to hear people make references to that is very disheartening."

Weiland was harshly criticized following several performances on his current tour, with one review calling his performance "sluggish" and another stating flat-out that the vocalist "appears to have crashed and burned. Badly."

The fan-filmed April 28 video of "Vasoline" went viral, showing Weiland launching into a painfully out of tune and apathetic vocal performance that was called "unacceptable" and "heartbreaking" by fans on YouTube.

A rep for Weiland issued a statement explaining that Weiland was tired and had had a couple of drinks before the show, in addition to his earpiece audio issues.

Weiland and THE WILDABOUTS are on the road promoting his new album, "Blaster", which came out on March 31.