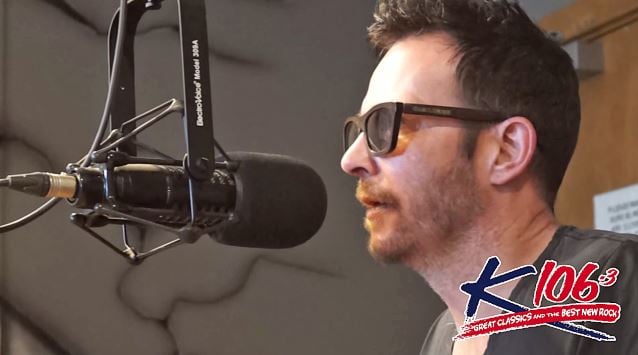 Former STONE TEMPLE PILOTS and VELVET REVOLVER singer Scott Weiland was recently interviewed in the studio of the K106.3 radio station in Sarnia, Ontario, Canada. You can now watch the chat below.

Asked what caused his split with VELVET REVOLVER and whether VELVET REVOLVER guitarist Slash's wife had anything to do with it, the vocalist responded: "She definitely had a part to play in it. I think they're getting divorced."

He continued: "You know, it's just hard to keep a band together. And that band was a supergroup. I mean, everyone was known [from their involvement in other bands]. And so, everyone had their own perspective on their own, I guess, ego, and that kind of came into play after a while. It was really great while it was really great, and then when it wasn't fun, it wasn't fun. But I respect all those guys very much and think they're great musicians."

Asked if he is still in contact with any of his former VELVET REVOLVER bandmates, Weiland responded: "I talk to some of 'em."

All the members of VELVET REVOLVER insist that the band is not dead, and the four instrumental players have periodically held quiet auditions for a new frontman.