Stern Pinball, Inc., a global lifestyle brand based on the iconic and outrageously fun modern American game of pinball, and Incendium, a multi-faceted production company known for an array of animation, comic books, toys, and video games, announced today the availability of a new limited-edition pinball machine celebrating the world's greatest illustrated magazine, Heavy Metal. The Heavy Metal pinball machine will be available exclusively from www.incendium.online.

The Heavy Metal pinball machine commemorates the 300th issue of Heavy Metal, which has been running since 1977 and inspired the 1981 animated movie of the same name. An exclusive variant cover edition of issue 300 will be included with every machine. Heavy Metal is working with Incendium as a premier licensing partner to align with premium brands and their products.

"Sci-fi, fantasy, horror, and metal collide in this first-ever pinball machine. This is our most ambitious Heavy Metal product yet. We couldn't be more proud of the result and we're hugely grateful for the support from Stern Pinball and Heavy Metal in bringing this amazing machine into existence," said Llexi Leon, CEO of Incendium.

"Gamifying the Heavy Metal ethos into this timeless machine is a testament to Incendium's understanding of Heavy Metal's vision. I couldn't be more excited about this product, and all of the other speciality items we have on our upcoming slate." added Matthew Medney, CEO of Heavy Metal.

The original art created for the Heavy Metal pinball machine art pays tribute to characters and worlds from the magazine's storied history. New additions from its upcoming publications join this shared universe for the first time. Gameplay revolves around the warrior heroine Taarna and the undead tailgunner Nelson. Both will speak for the first time ever, supporting the in-game narrative.

This past March, Bach stated about his contribution to the Heavy Metal pinball machine: "Had a blast in my home studio yesterday laying down vocals for the upcoming @sternpinball 'Heavy Metal' Pinball Machine!! With music recorded by Brendon Small from Metalocolypse I am proud to be a guest vocalist for DETHKLOK!! We are recording a song from The Heavy Metal Soundtrack Album which is an album that I love! All I had to do was go to my vinyl library (which is in my studio),put on the record, learn this mother trucker and then lay it down!

"This is the first pinball machine I have ever done vocals for and I am honored to be a part of this!"

This limited-edition pinball machine is built to order and only available this year, 2020. The Heavy Metal pinball machine features cabinet armor in the unique color changing galaxy black metallic with all original art, figures of Taarna and Nelson that light up, custom art blades and a limited edition, hand numbered issue of Heavy Metal #300 with a variant cover.

Manufacturer's Suggested Retail Price for sales to USA end-users, before any VAT, GST, Sales Tax, Duties, or other taxes: $7999. 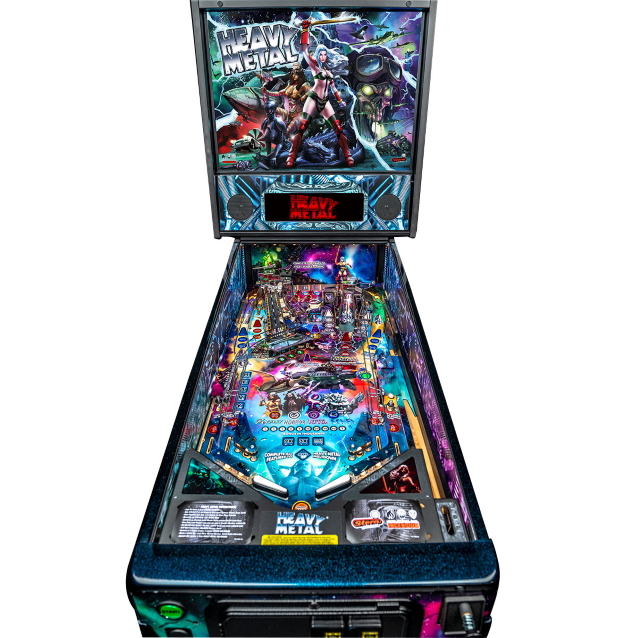 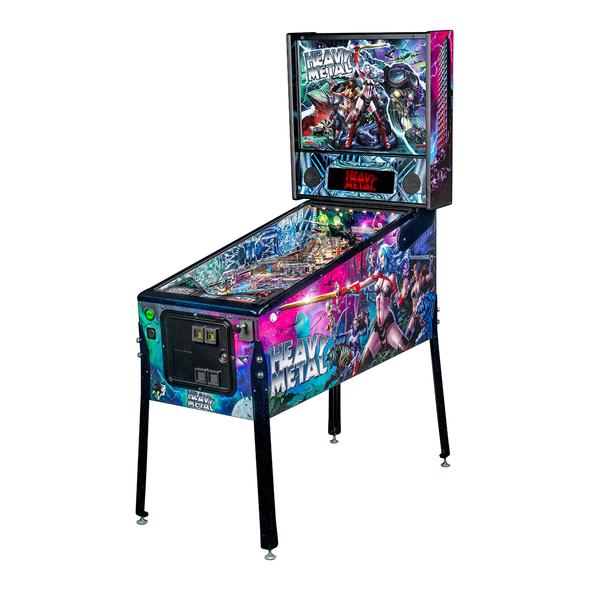 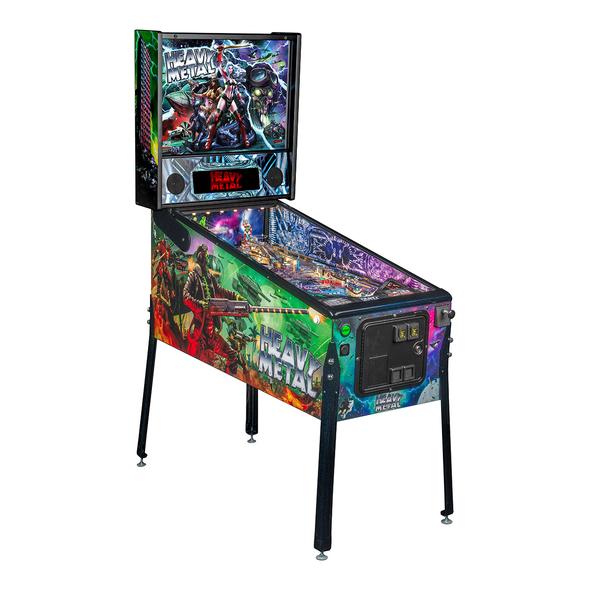