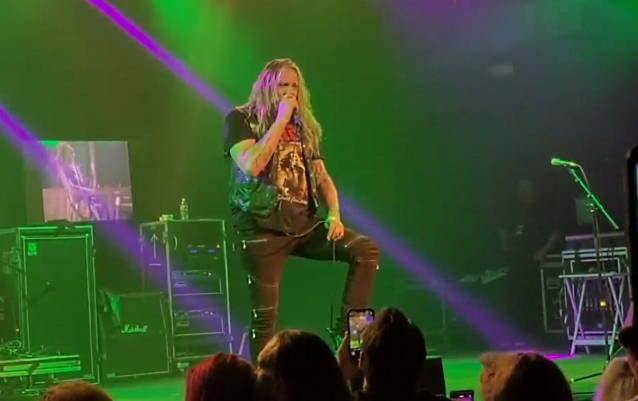 Former SKID ROW singer Sebastian Bach has just returned to the stage for a tour celebrating the 30th anniversary of the band's double-platinum, acclaimed album "Slave To The Grind". The trek kicked off on September 25 in Waterloo, New York and will wrap in San Diego, California on December 17.

Fan-filmed video footage of Bach's October 8 performance at Warehouse Live in Houston, Texas can be seen below.

During a September 23 appearance on SiriusXM's "Trunk Nation With Eddie Trunk", Bach stated about the current tour (as transcribed by BLABBERMOUTH.NET): "We're doing [the 'Slave To The Grind' album] in its entirety. We've already done it once. We did it at the Whisky [A Go Go in West Hollywood, California] back in 2018 one time. And it was really funny because we did the first SKID ROW album on the first night and 'Slave' on the second. The first night's crowd was wall-to-wall chicks. [Laughs] I'm just being honest. The second night was wall-to-wall dudes. It couldn't have been a more different crowd — dudes with hooks in their noses and long earlobes with weird stuff.

"When I read back-and-forth in the press, which we all do whether we want to admit it or not, Rachel [Bolan, SKID ROW bassist] once had a comment that when we put out 'Slave', we lost half of our female audience," he continued. "And my immediate response to that was, 'Dude, do you not remember the GUNS N' ROSES tour?', because there was a lot of females coming out to that one. But in retrospect, having performed the first album on a full tour, he is right — the appeal on songs like 'Can't Stand The Heartache' and 'Rattlesnake Shake', chicks love those songs. And dudes love 'Monkey Business' and 'Get The Fuck Out' — dudes love it. So, hey, man, me and Rachel just agreed on something."

According to Bach, he is performing the "Slave To The Grind" LP "in sequence except for one song. We are doing half of the song 'Get The Fuck Out' because half of the song, the lyrics are not acceptable in this day and age," he explained. "Even though I argued, when I was recording that song, about the words in that song [being] extreme. But we're doing half of it."

Asked what the most challenging part of performing all of "Slave To The Grind" is for him, Sebastian said: "I'll tell you, honestly — the ending of 'Quicksand Jesus'. That is me pushing my voice and my melodies, my licks, that's pushing it to the max. That's really hard to do.

"I have to say this, that sometimes fans lose sight of the fact that making a record is not playing a show," he continued. "Making a record, you're standing completely still. You're in an air-conditioned studio, and you can try as many times as you want to get the ultimate take that you want. That's not the same thing as going out there and you get one shot, and that's it. And if you're not using tapes, too bad for you. If you mess up, everyone's gonna know it.

"I'm not interested in going to a karaoke show; that doesn't have any interest to me. So that's just the way it is.

"I use effects sometimes, but I don't use Auto-Tune or nothing."

Last summer, Bolan told SiriusXM's "Trunk Nation With Eddie Trunk" that he and his SKID ROW bandmates would embark on a "Slave To The Grind" 30th-anniversary tour in 2021. "We'll do the album in its entirety, and then we're gonna do a bunch of stuff to coincide with it," he said. "We're pretty psyched, and the shows are booked. We're keeping our fingers crossed that everything is gonna come to pass… It'll be cool, to go out there and do 'Slave To The Grind' top to the bottom. That'll be fun." 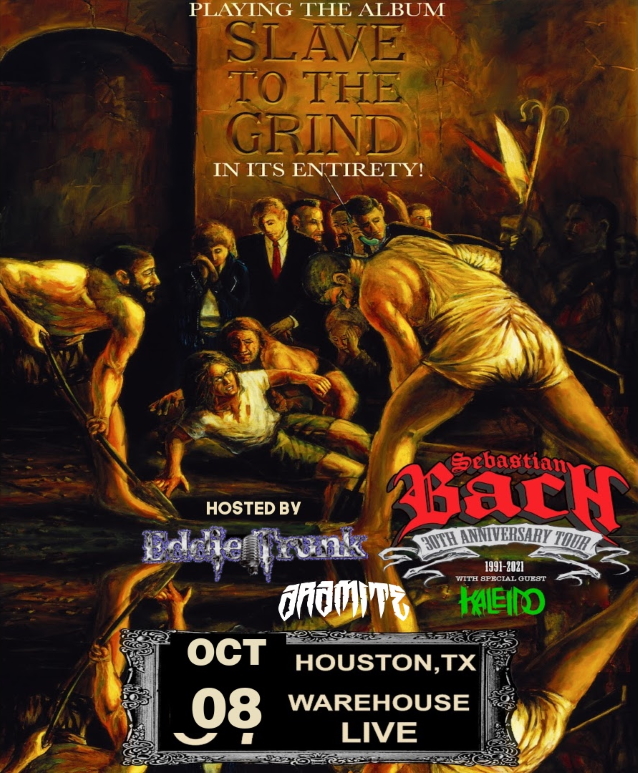