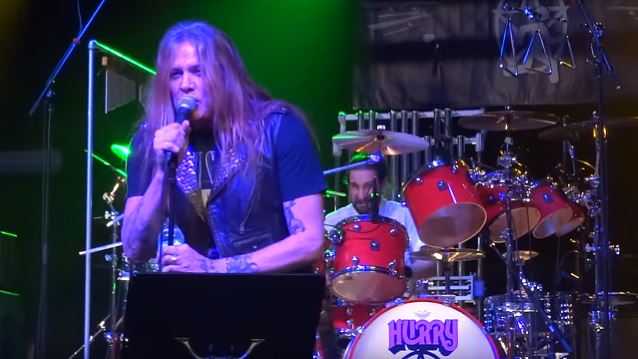 "Hurry - A Celebration Of Rush Music" was part of the three-day "Bashfest: 3 Days Of Music And Madness", which also included the "Bonzo Bash" and "Randy Rhoads Remembered" events.

Regarding "Hurry - A Celebration Of Rush Music", "Bonzo Bash" co-founder Brian Tichy said: "We love doing this. Bach got married at the Rockbar in San Jose and THE MOBY DICKS, my [LED] ZEPPELIN band that we do, the 'Bonzo Bash' house band… They wanted us to come up and play at Sebastian's bachelor party. I was, like, 'Okay.' He loves RUSH, and our guitar player Brent is in Sebastian's band, so we thought he could pick a few songs and we could do a small RUSH set. James Lorenzo and Brent and I had the name from when we were goofing around a few years ago. We were talking about the perfect name for a RUSH tribute. I said we should call it HURRY and we just cracked up. Brent made the Starman logo for us… but it's the Running Man. We did this like two years ago and this was a really good excuse to try to this out. We booked a Vegas gig and we played a couple of months ago and then we played Vegas last weekend again. Bach gets up there for about half the show. He knows his RUSH. It is cool because there is nowhere else you can go see Sebastian getting up and doing something like this. His voice works great in RUSH. It is a nice blend. It is not going to see him doing his solo stuff or his SKID ROW stuff. This is a unique thing that he's never done. We are all buds and it works out good. It is fun. Why not, man? We think we will do more of it and we will see what happens."

In a 2005 interview, Bach stated about RUSH: "Their time signatures fascinated me! I couldn't understand the tempos of songs such as 'Cygnus-X1' and 'Hemispheres'. It was music like nothing else I had ever heard. But being a young Canadian whippersnapper, I was geographically programmed to worship RUSH like the rest of my fellow Canadians."

He continued: "I was the second ever member of the 'Rush Backstage Club of Toronto', the RUSH fan club put together by their longtime photographer, Andrew MacNaughton. Andrew was the cousin of my school roommate, George Jeffries at Lakefield College School in Canada. He was the first member of Andrew's 'club' which we joined in 1981."

Bach added: "RUSH was a magical sound to me and showed me that music could be challenging and entertaining at the same time... Few musicians on the planet can boast the longevity of RUSH, especially in a band context. Rock bands are a fragile organism and RUSH's career demonstrates that there are exceptions to the 'Behind The Music' scenario of 'band makes it big, band breaks up, band reunites for Japanese tour.' Their work ethic and constant reinvention is an inspiration to each and every musician." 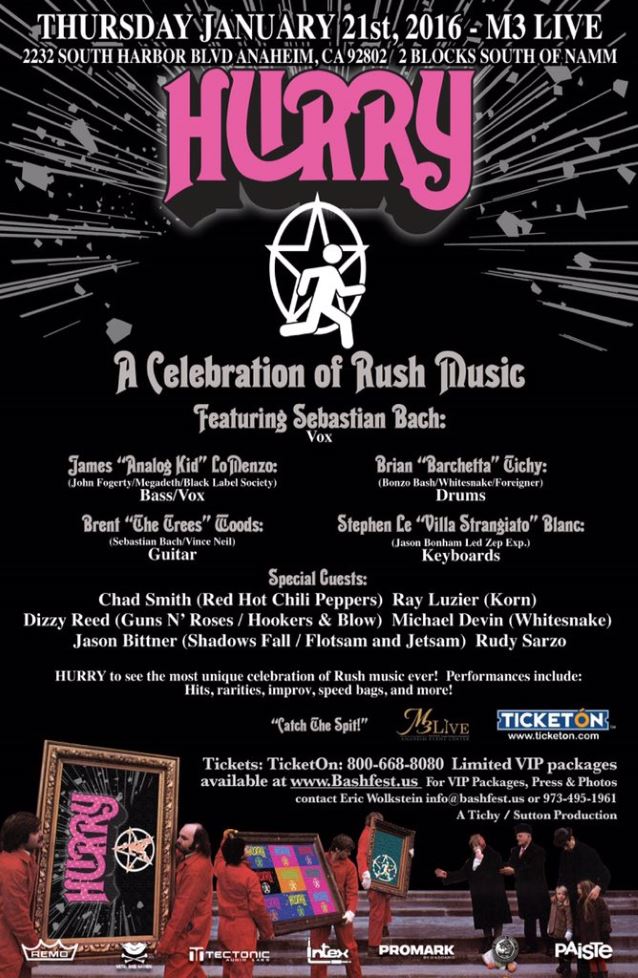