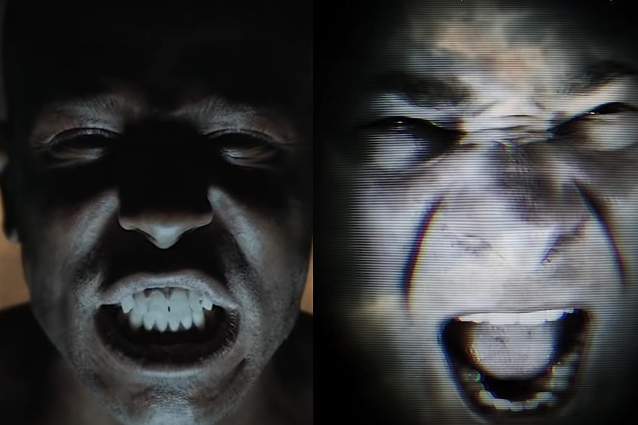 Over a turbulent riff, Hyro decries "Internet activists" with a venomous flow before launching a caustic and catchy call-and-response with Draiman on the hook. Chillingly, it culminates on a scream of, "I can't breathe."

"It's actually about hope," Hyro states. "We all have decisions to make. Everybody pulls you one way or the other. You have to pick the lesser of two evils in all situations. Personally, I'm trying to find a way.

Draiman says of the collaboration: "I'm incredibly honored. Hyro is a truly amazing artist and I had a blast working with him. This track is exactly what the world needs right now. It's time to believe again."

The video for the track was directed by Matt Mahurin, an award-winning filmmaker, photojournalist and illustrator who has had work in Time magazine, Newsweek, Rolling Stone, Esquire and more. His unique vision is the visual merging of the raw poetry of the rapper with the raw power of the rocker, with Hyro and Draiman representing the duality of our daily lives. While the video explores the world's struggles, the final message is one of not only revealing the fear, anger, and intolerance of humanity's worst, but also reveling in the joy, love, and power of change through humanity's best.

As hard rock and hip-hop co-mingle more than ever before, the time feels right for Hyro The Hero.

In addition to acclaim from Kerrang!, BBC, Revolver and Afropunk, Alternative Press praised Hyro among "19 Underrated Bands From The 2010s Who Deserve Another Listen" and claimed, "You know that band who other groups flock to so they can watch from the side of the stage? That's Hyro."

After non-stop touring in support of his last album, Hyro dove right into the studio with producer Matt Good (ASKING ALEXANDRIA, HOLLYWOOD UNDEAD, FROM FIRST TO LAST). Under a flurry of inspiration, they recorded an entire album over the course of just two weeks. In the process, he expanded his sound dramatically.

"You can see and hear the growth in this album," he says. "I had to go through everything that brought me to this point and I've really learned how to focus on storylines and approach records structurally and lyrically. All of my experience built up respect to work with some of my heroes on the new material." He grins and says, "I want to have my name in this game for a lifetime."