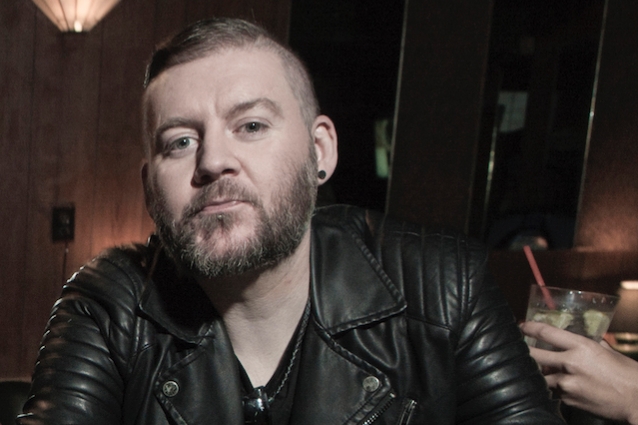 SEETHER Bassist Speaks Out Against 'Cancel Culture': 'It Comes From Such A Mean, Dark Place'

SEETHER bassist Dale Stewart has spoken out against "cancel culture," saying it comes from "a mean and dark place" while "masquerading as tolerance and acceptance."

Speaking to Tucson, Arizona's Rock 102.1 KFMA radio station, Stewart said (see video below): "This whole cancel culture, it comes from such a mean, dark place, yet it's masquerading as tolerance and acceptance of different cultures and points of view, or whatever the case may. It's under this guise of tolerance and acceptance, but it's this really, really dark cultural thing going on right now. It's crazy.

"It happens on both sides, I'd say. It's, like, 'Oh, it's all about acceptance,' but it's more like accepting our side," he continued. "Acceptance and tolerance, if you agree. If you don't, we will destroy you and cancel you, and that will be the end of it. There's no tolerance at all, actually. It's kind of a funny thing. Everything's so polarized."

According to Stewart, cancel culture often thrives in online forums and aims to hold people to account publicly.

"A lot of people live their lives online," he said. "That's their place to come out and get behind the keyboard. [It makes them feel] powerful because they have the anonymity to it — they can say anything and not face any kind of real-world ramifications. In the real world, if you talk crap about someone, you might get punched in the head, and that's a good thing — it keeps you in check. You don't know who you're dealing with. It's so easy for people to just be mean and bully people.

"I think it largely is the loudest voices, whether it's online or Twitter or whatever, I think the loudest voices are the extremes on both ends," he added. "I think most people [are like] myself — I'm just kind of in the middle. Like, 'Hey, what's going on? Everyone's kind of losing their mind.' And I'd like to think that the average American, or just the average person — 'cause there's cultural things going on in Australia, U.K., all over — I think the average person is just somewhat normal, somewhat kind of in the middle and wants the best for everyone. But you get these fringes, and their voices get amplified, unfortunately. The squeaky wheel gets the grease. So it's easy to think, 'Oh, everyone's gone crazy.' But I think it's a minority that's gone crazy. They speak so loudly, it's all you hear."

Stewart and guitarist/vocalist Shaun Morgan formed SEETHER in South Africa in 1999 under the name SARON GAS. The band released its first album, "Fragile", in 2000, and eventually caught the attention of American record label Wind-Up Records.