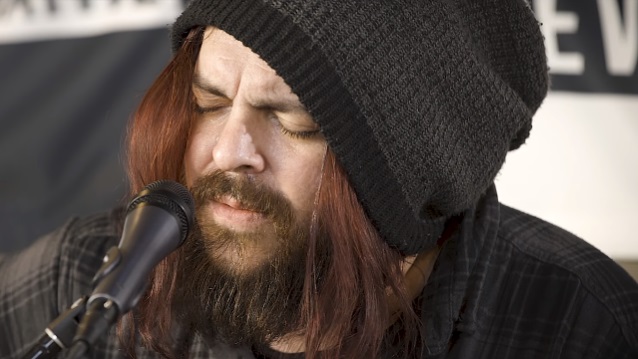 Video footage of SEETHER frontman Shaun Morgan performing acoustically at the studios of the 105.7 The Point radio station in St. Louis can be seen below.

SEETHER is continuing to tour in support of its seventh full-length studio album, titled "Poison The Parish", which was released on May 12. The first release via frontman Morgan's new label imprint Canine Riot Records was recorded at Blackbird Studio in Nashville, Tennessee with Morgan taking the reins as producer. He told Billboard of manning the boards: "Ultimately, at the end of the day, I didn't want anybody else to answer to. For me, it was kind of a liberating experience, because I was making an album where I was getting it to sound like I always wanted it to sound like."