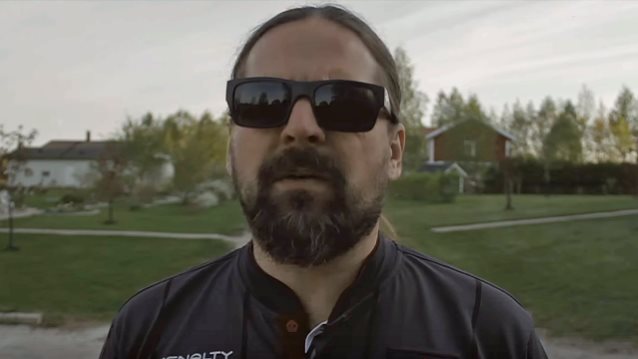 In a brand new interview with Australia's Loud, SEPULTURA guitarist Andreas Kisser was asked if the band has any inclination to commemorate the twentieth anniversary of its "Roots" album, or the twenty-fifth anniversary of "Arise", by performing either LP in its entirety on an upcoming tour. He responded: "Not really, man. It seems like a waste of time, actually. It doesn't bring anything new to your career. Of course, we did [play full albums for], like, special occasions, like we played the whole 'Arise' [LP] here in São Paulo [Brazil for] the anniversary of this metal club here in São Paulo, very traditional. So we did like a special show for them. We did another special show with [1993's] 'Chaos A.D.' in its entirety in another special project in a different place. But it is a show or two; it's not like a tour."

He continued: "It seems to me that it is like something that's not going to bring anything new. We never had that kind of intention to do something like that.

"Of course, 'Roots' is an amazing album, [and] twenty years [later], we're so proud to be a part of such an amazing project.

"People talk about 'Roots' still today. It influenced so many different people. It sounds fucking amazing, it sounds like we [made it] yesterday. And we play songs from the 'Roots' album all the time. Of course, in this past year we brought songs like 'Endangered Species', 'Dictatorshit', 'Spit', 'Ambush' — songs that we didn't play for many years — because of that type of celebration. But to put everything on the side and only do 'Roots', for us, would be something very weak. And we are so much focused on what we're doing now, having a new album with a label and everything. Respecting our past but live in the present. We are here now, and that's what matters the most. I think we have to really live today and not really be locked in our past."

Asked if he is fine with former SEPULTURA members Max and Igor Cavalera going out there and playing the entire "Roots" album as part of their ongoing "Return To Roots" world tour, Kisser said: "I don't care. Everyone does whatever they want. If they feel that's good for their career, whatever, man. It doesn't change anything that I do. It's like a… It's weird to comment on something like that, because, for me, it's weird. [Laughs] I don't see the point. They have so many different projects. Actually, they left SEPULTURA for those projects, and now they're playing SEPULTURA. I don't understand that kind of attitude. But whatever, man. I respect any type of opinion, and, of course, I don't agree with them all, but people are free to do whatever they want. You just have to live with the consequences — that's all."

Max told Peavey in a recent interview that "Roots" was "a fun record to make." But he admitted that it was not until he and Igor "really dissected the record to play on" the "Return To Roots" tour that he "went deep on the tracks that I realized how cool of a record 'Roots' really is." He added: "It is really one of a kind. It's a groundbreaking record, and it's got a lot of cool stuff that I kind of rediscovered on this tour that I love to play live — stuff like 'Spit', 'Cut-Throat', 'Straighthate'… So fun… 'Breed Apart'… It's so fun live. I actually like those better than the classic songs."