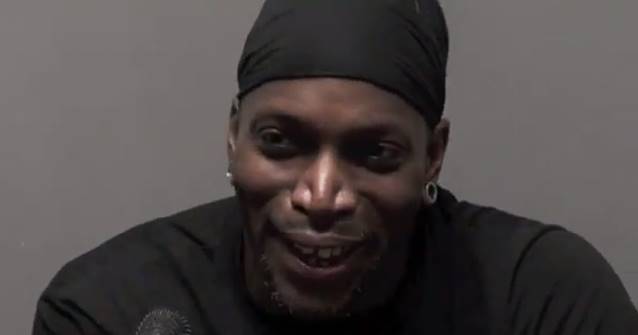 Hardrockhaven.net recently conducted an interview with vocalist Derrick Green of Brazilian/American metallers SEPULTURA. You can now listen to the chat using the audio player below. A couple of excerpts follow.

On whether it gets to him sometimes that people keep asking about the possibility of a reunion of SEPULTURA's classic lineup:

Derrick: "Not really. It's expected to be a part of any of the questions [I get asked in interviews], and it always has been, so I got kind of used to the idea and the possibility of some of the questions that people have about it."

He continued: "Nobody wants a reunion, as far as our side. That's all I really know. We wouldn't be making all these albums and doing everything if there was any chance of those guys wanting to wait for a reunion; it would be kind of silly. I mean, we enjoy what we do; that's just the truth of it. People have to accept our happiness. [laughs] We're truly, truly happy playing powerful sets and writing and seeing the world and playing incredible festivals and having amazing opportunities. That's what we work for and that's our lives. So we've just been evolving. And nobody wants to really step backwards and just do something just to please…

"[There's always the chance] that [a reunion] is going to be disappointing and it will backfire in your face. Where people just walk away, 'Oh, man, it wasn't what I was expecting. I thought it would be, like…' And then, it's just, like, what the fuck? If you try to please everybody, you're gonna lose. You really have to take care of what is best for yourself and for the band.

"I think we've done a good job as far as creating an entirely new fan base and also grabbing some of the old. So it's just been a great evolution for us, [with] really great opportunities, so we're really, really happy with the way things are."

On whether it's awkward once again being labelmates with former SEPULTURA frontman Max Cavalera and Max's band SOULFLY:

Derrick: "At first, it seemed a little strange.

"We were trying to get away from [SEPULTURA's previous label] Roadrunner. And we got away from [them]… It wasn't like they had us in their grasp, but it was at the end of a contract that was ridiculous. And also, [we were] just [trying to get] away from Roadrunner 'cause we were working on the same label [as SOULFLY] and there were just certain things that didn't seem right, and it was one of the reasons why we wanted to change — that belief in us wasn't there 100 percent with everybody at the label, so… I mean, it just happened to be that way [that we are now signed to the same label again]."

He added: "We love Nuclear Blast; it's been great being there. We've done one album already [2011's 'Kairos', before 'The Mediator Between Head and Hands Must Be the Heart' was released last month], and it really worked out well. And hopefully they'll have the same success [with SOULFLY]. And if they have success on our label, then it's good for us too."