SYSTEM OF A DOWN singer Serj Tankian will release a 24-minute modern piano concerto on Friday, June 18. "Disarming Time - A Modern Piano Concerto" was composed entirely while Serj was in quarantine during the coronavirus crisis.

On Friday (June 11),Tankian shared a teaser for the concerto on his social media, and he wrote: "Incredibly excited to share this unique work of music I created during the Covid lockdown. I challenged myself to collate numerous distinct musical ideas into one long 24 minute modern piano concerto. Here’s a small teaser. Full composition and video will be released June 18."

Earlier this year, Serj talked about his songwriting approach for the piano concerto in an interview with Revolver. He said: "Creatively, I've always had this Dada-esque kind of vibe, a Zappa-y kind of vibe where even the 24-minute modern piano concerto was basically having different pieces of music marry each other that didn't have a preexisting relationship and making it work. I find that really interesting in every aspect: lyrically, musically, because a lot of music has already been done. What did John Lennon say? All the songs and chords have already been written. It's interesting to create relationships from things that don't normally co-relate."

Serj's most recent release was the "Elasticity" EP, which came out in March. The five-song received widespread accolades, with New York Magazine saying the collection sees Tankian's "rock-and-roll impulses return in vibrant, mischievous form," Loudwire dubbing it "an exercise in eccentricity," and The Ringer praising the EP, saying Tankian's "full range of … writing talents are on full display."

Serj Tankian's critically revered "Elasticity" EP, the SYSTEM OF A DOWN singer's first solo release since 2013's "Orca", is available now. The Los Angeles- and New Zealand-based musician has simultaneously unveiled a second video from the five-song collection, for the track "Electric Yerevan".

Tankian said of the tune: "The song was inspired by the successful 'Electric Yerevan' protests in Armenia in the summer of 2015 where people protested against proposed hikes in utility prices. My writing from that time is inscribed word for word in the song." The Garin Hovannisian-directed clip provides a visual timeline of the events leading up to the 2015 "Electric Yerevan" protests and the ensuing 2018 Velvet Revolution, while simultaneously showcasing the power of peaceful demonstrations across the globe.

Regarding how the idea for "Elasticity" came about, Serj said: "When I conceived possibly doing another record with the guys from SYSTEM OF A DOWN a few years back, I started working on a set of songs that I arranged in rock format for that purpose. As we weren't able to see eye to eye on the vision going forward with an SOAD album, I decided to release these songs under my moniker." With his trademark eclecticism and one-of-a-kind vocal style, Serj delivers a collection that runs the gamut from hard-driving, electronically enhanced anthems like the title track, a rallying cry for his beloved Armenia ("Electric Yerevan"),the tongue-in-cheek political mash-up of "Your Mom", the piano-laden "How Many Times?" and "Rumi", a song that Serj wrote both about his son Rumi and Rumi the poet.

More recently, Tankian composed the full musical score for award-winning documentary "I Am Not Alone" directed by Garin Hovannisian and the Live Nation Productions film "Truth To Power", which chronicles Serj's own journey through the crossroads of music and activism. In 2017, Serj composed music for Emmy-nominated "Intent To Destroy", a gripping film directed by award winning documentarian Joe Berlinger. That same year he created an intense score for the epic Russian action film "Furious - The Legend of Kolovrat", followed by his 2018 musical score for award-winning film "Spitak", directed by Alexander Kott. Additionally, Tankian composed the full musical score for independent films "1915" and "The Last Inhabitant", an original composition for Ilya Naishuller's "Hardcore Henry" and video game musical scores for "Midnight Star" and its sequel, "Renegade", which were created by one of the chief architects of the famed "Halo" game franchise. 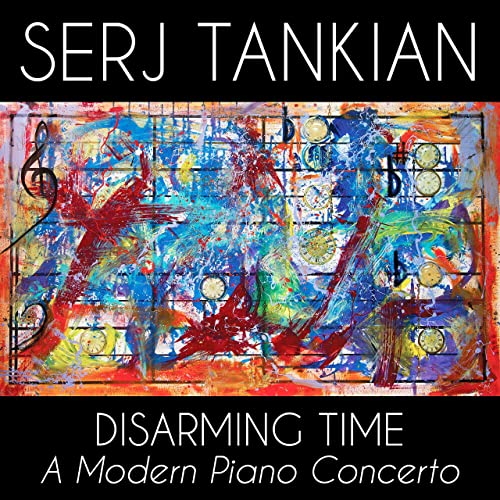 Incredibly excited to share this unique work of music I created during the Covid lockdown. I challenged myself to collate numerous distinct musical ideas into one long 24 minute modern piano concerto. Here’s a small teaser. Full composition and video will be released June 18. pic.twitter.com/rIYPgSxjf0