SKID ROW will celebrate the 30th anniversary of its classic second album, "Slave To The Grind", by performing it in its entirety on July 11 at The Amphitheater at Rolling Hills Casino And Resort in Corning, California. A short promotional video for the concert can be seen below.

As previously reported, former SKID ROW singer Sebastian Bach will also celebrate the "Slave To The Grind" anniversary on a U.S. tour this fall. He will perform the LP in its entirety at all shows on the trek, which will kick off in October, with exact dates to be announced soon. 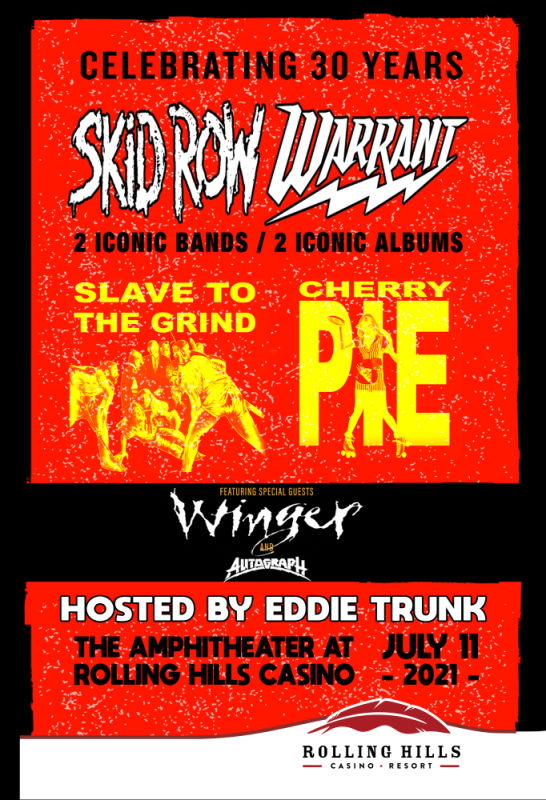