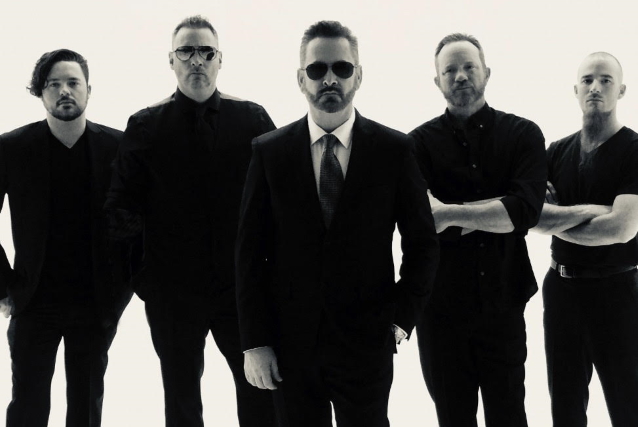 Vince Hornsby, bassist for SEVENDUST, has joined the Atlanta, Georgia-based based band THE CEO while SEVENDUST prepares for a fall tour.

THE CEO will release its debut album, "Redemption", in the spring. The disc was recorded and produced by Michael "Elvis" Baskette, who has previously worked with SEVENDUST, ALTER BRIDGE and Slash.

THE CEO was formed in 2018 by two real-life CEO entrepreneurs, Mack Mullins (vocals) and Mike Dunn (guitar). Mullins and Dunn enlisted Gary Stone (producer, songwriter and musician) to write the group's self-titled independent debut, "The CEO" (June 2019). The overwhelming positive response to this release led to an invite to record with Baskette. This time joined by Chase Brown (guitar) and Joseph Herman (drums),the band entered Studio Barbarosa in Gotha, Florida to record "Redemption", whose musical direction is described as "an aggressive blend of '70s-inspired groove hard rock and modern metal" and "a balance of raw energy and aggression inspired by bands as varied as METALLICA, SEVENDUST, BLACK SABBATH to IRON MAIDEN, THREE DAYS GRACE and KISS."

While Mack and Mike both chose to take on the business world in the '90s, they have continued to hone their musical abilities playing in national tribute acts for over a decade. They have played venues like the House Of Blues, Mercury Ballroom and many large festivals. They have supported veteran rock acts like QUIET RIOT, WARRANT, FOZZY, KYNG and more.

These are not garage band musicians turning pro. These are highly accomplished businessmen and musicians who have chosen a unique path to the original music world. Mullins states: "Too many guys our age are trying to look the rocker part, but it just doesn't fit. Mike and I wanted to embrace who we really are; successful businessmen that can truly play. THE CEO embodies an image of what we live every day: work hard, play hard."