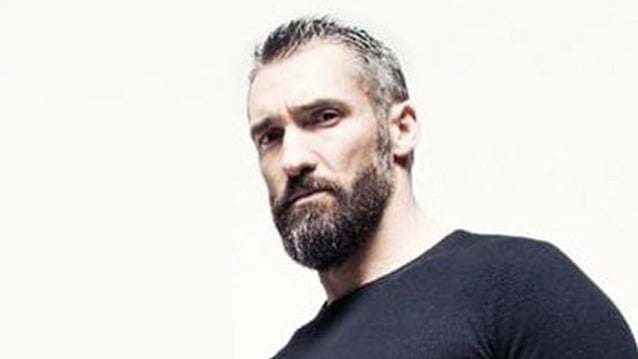 SEVENDUST Guitarist On Inviting WOLFGANG VAN HALEN To Play Drums On His Solo Record: 'He Can Do It All'

SEVENDUST guitarist Clint Lowery recently spoke with the "Appetite For Distortion" podcast. The full conversation can be streamed below (interview starts at the 4:34 mark). A few excerpts follow (as transcribed by BLABBERMOUTH.NET):

On producer Michael "Elvis" Baskette, who produced SEVENDUST's 2018 album "All I See Is War":

Clint: "We had some mutual friends that had worked with him through the TREMONTI camp and the ALTER BRIDGE thing. He had done a few records in the past [and] engineered a lot of stuff, so I was aware of him years ago, even when he was working with LIMP BIZKIT. That was kind of his breakout role — possibly [to be] the new guitar player for LIMP BIZKIT back in the day. Then he became a producer... He has a very distinguished [sic] sound, what he does as a producer — the punch, the sonic identity he has. That was just an appealing thing [to us]. We had produced three SEVENDUST records ourselves and thought that Elvis would be a good guy to bring in, and start leaning on a producer again."

On his forthcoming Baskette-produced solo album:

Clint: "I've released other projects that were pretty much solo records... [but] this is the first thing that I've released under my name that will be [an] actual release through a label with a proper push. I wanted it to be under my name. The sound, it's kind of like a lot of those other projects that I've been involved with, including SEVENDUST, kind of all encompassed in one record. It's a rock record — a little more alternative, possibly, than what SEVENDUST is. Not as heavy — it's more melodic — but there's an edge to it as well. It's kind of where I'm at musically right now, but it is a rock record, and it sounds like Elvis. It's big; there's huge drums. Wolf Van Halen played drums on it, and he was awesome. He played drums on it and he played bass. He's just great at everything. He's been a friend of mine for a long time, and just an incredible drummer, so he just came in just smashed it. Everything else, I played myself and did myself with Elvis."

On his relationship with Van Halen:

Clint: "I've known Wolf for along time. We talked about doing something about two years ago, and the timeline wasn't right. I knew that he really is a drummer, but he can play guitar, he can play bass, he can sing. He actually did a solo record with Elvis. I was bound and determined to have him play drums. He's just incredible, and he really gets what I was trying to do... That shadow that he lives under, he can do it all. He can sing; he can play guitar; he can play bass, drums. I think that's what will give him his chance to break out of that [shadow]."

On whether he will tour behind the album:

Clint: "My first show will be on the ShipRocked cruise... I'll do a couple of tours and see how it goes. I'm definitely going to be out there playing a good amount of shows through the U.S. I'm going to put a band together and it's going to be a legit situation. We're going to have a radio single, and we're going to go out there and push it. This will be while SEVENDUST is off — it won't conflict with that at all... I'm going to stretch myself out a bit, but I think it's something that's necessary, something I've been wanting to do for a long time."

Lowery began recording his solo album with Baskette in June. An early 2020 release via Rise Records is expected.

In addition to SEVENDUST, Lowery has written, recorded or performed with DARK NEW DAY, KORN, RED, STRYPER, Tommy Lee's METHODS OF MAYHEM, SNOT and 10 YEARS, among others.