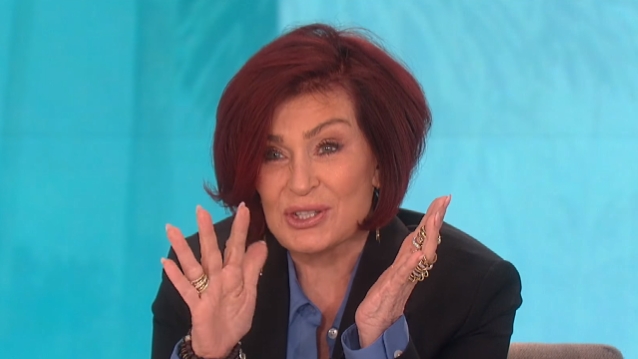 "The Talk" aired footage of LeBlanc on an episode of Conan O'Brien's TBS talk show "Conan" in which the actor recalled Sharon's proposition backstage at the Golden Globes.

Sharon set the record straight on "The Talk", admitting, "I was ish-ish kidding. If he'd of gone for it, I'd've called my husband and said, 'Listen....'" She added: "I would have loved to have filmed it... Maybe we can do Conan too. I don't see why not."