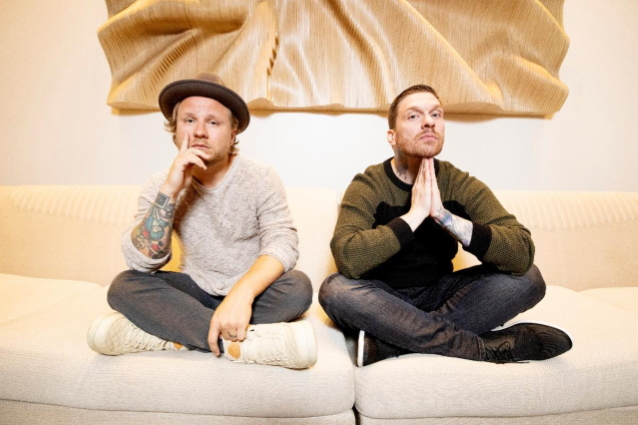 SMITH & MYERS, the duo comprised of SHINEDOWN members Brent Smith and Zach Myers, has just released its new full-length effort, "Smith & Myers Volume 2", via Atlantic Records, completing their double album. "Volume 2" follows the release of "Volume 1", which came out earlier this month. They have also released a Paris Visone-directed video for original song "One More Time", a gritty and colorful visual for the catchy alt-rock tune accented with solo electric guitar riffs. Both volumes showcase SMITH & MYERS's ability to pack power and soul into songs created with nothing more than a microphone and an instrument or two, highlighting their sonic versatility throughout a mix of poignant original songs and unexpected covers. "Volume 2" features five original songs, including "Bad At Love", a vulnerable and personal song about the difficulties of staying in a romantic relationship when you have a gypsy heart, full of clean guitar coils and finger-snaps and five re-imaginings of fan submitted songs including a grungy version of Billie Eilish's "Bad Guy", as well as an electrifying rendition of Peter Gabriel's "Sledgehammer", a euphoric version of OASIS's "Don't Look Back In Anger", and unique takes on Billy Idol's "Rebel Yell" and R.E.M.'s "Losing My Religion".

"Volume 1" and "Volume 2" are available as a double album on CD now. The double LP, an exclusive limited-edition 180-gram shiny black vinyl, is available for pre-order now and will be released November 13.

Earlier this month, "Volume 1" kicked off with a pair of songs that speak to the times we are living through — single "Not Mad Enough" was written the night of George Floyd's death and addresses systemic and racial injustice alongside a powerful version of "Rockin' In The Free World" highlighting Neil Young's timeless lyrics that are just as relevant today over lone piano, as well as an upbeat acoustic rendition of Post Malone's "Better Now", a standout version of THE RIGHTEOUS BROTHERS' "Unchained Melody", and takes on INXS's "Never Tear Us Apart" and Mark Ronson and Amy Winehouse's "Valerie".

With two hearts and one truth, lifelong musicians, longstanding friends, and eternal brothers Smith and Myers put forth a body of work encompassing vulnerability, fearlessness, honesty, outrage, love, and understanding. "Smith & Myers Volume 1", produced by Grammy Award winner and longtime collaborator Dave Bassett, is the duo's first full-length album and first original music since releasing a pair of acoustic cover EPs, "Acoustic Sessions, Part 1" and "Acoustic Sessions, Part 2", in 2014 when fans first fell in the love with the magic that is created between Brent and Zach in the studio and on stage, leading to SMITH & MYERS live shows that instantly sold out. With no boundaries on what their songwriting could discuss on the new album, Brent and Zach explore everything from certain personal topics that they have left largely unexplored until now, to commentary on children being ripped from their parents at the border, to the reactive nature of social media, to our national reckoning with racial and systemic injustice– focusing not on politics, but on right and wrong and our connection as human beings.

Smith recently told Andy Hall of the Des Moines, Iowa radio station Lazer 103.3 about SMITH & MYERS: "It just isn't SHINEDOWN acoustic. This is a different project. It sounds different. I think that if people have an idea that it's gonna sound like SHINEDOWN, they're gonna notice very quickly that that's not what it is. 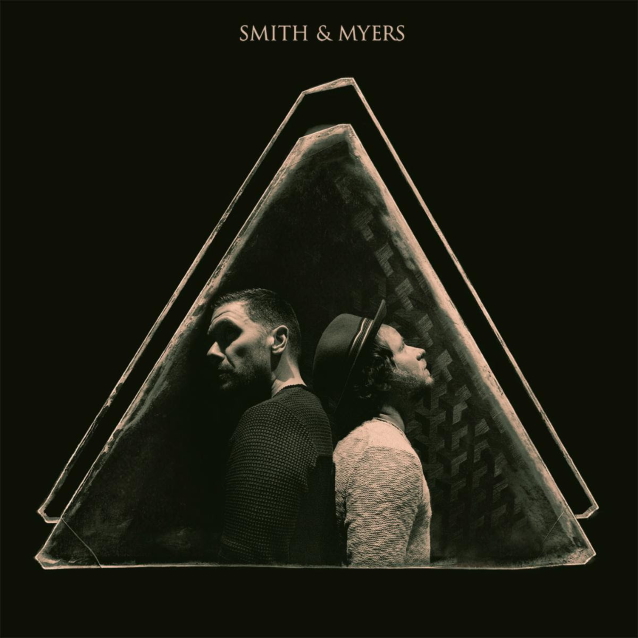