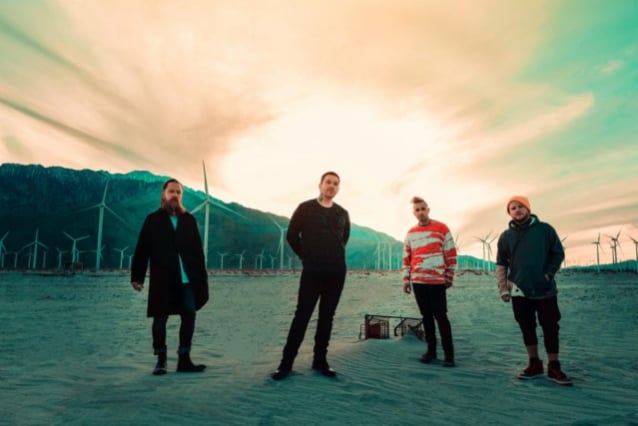 On the all-genre Billboard 200, "Planet Zero" came in at No. 5, marking SHINEDOWN's fifth top five title. It also landed at No. 1 on the all-genre Top Album Sales chart.

Billboard's Top Album Sales chart ranks the top-selling albums of the week based only on traditional album sales. The chart's history dates back to May 25, 1991, the first week Billboard began tabulating charts with electronically monitored piece count information from SoundScan, now Luminate. Pure album sales were the sole measurement utilized by the Billboard 200 albums chart through the list dated December 6, 2014, after which that chart switched to a methodology that blends album sales with track equivalent album units and streaming equivalent album units.

"Planet Zero", was released on July 1. The LP is an incisive yet optimistic look at the fractures and frays of a society that has undergone many challenges in the last few years, seeing SHINEDOWN take on the forces that are keeping us divided at a time when we need to be coming together. The high-concept, viscerally charged album, produced by SHINEDOWN's Eric Bass, takes a hard look at the divisiveness among those of differing ideologies, cancel culture ran rampant, the toxicity of social media, the need for honesty in our public discourse, and the corrosive effects of these things on mental health and humanity. A dystopian saga that warns of dangerous dehumanizing consequences, "Planet Zero" is a reminder that if we shut each other down, we risk losing empathy, respect for one another, and our ability to communicate and unify in a way that leads to actual progress and understanding. The album also shares hope, perseverance, triumph, and reminders that we all need one another, like on "Daylight". After all, it is the band's impassioned striving for unity that has long been at the heart of their creative output.

SHINEDOWN recently embarked on a Europe run of festival performances and select shows with IRON MAIDEN and will follow it by Canadian dates with special guests POP EVIL and AYRON JONES in July and August.