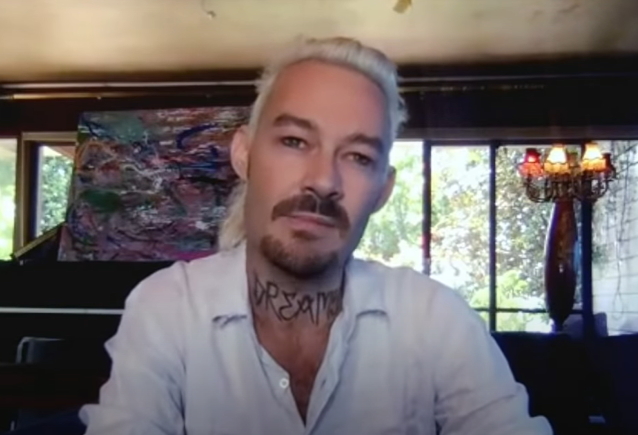 This past March, Johns was involved in a head-on crash at North Arm Cove, north of Newcastle, in his native Australia. The 43-year-old had consumed a bottle of wine and a can of vodka and was three times over the legal alcohol limit when he drove on the wrong side of the Pacific Highway before he crashed into a van and injured two people.

On Wednesday (July 6), Johns was given a 10-month "intensive corrections order", a form of custodial sentence which is served in the community. He is not allowed to drive for seven months and then will be required to have an alcohol-reading interlock device in his car for another 24 months.

According to The Sydney Morning Herald, Johns's lawyer Bryan Wrench said his client recently suffered from panic attacks and had been self-medicating with alcohol.

The musician entered rehabilitation of his own will for four weeks after the crash and his lawyer said he Johns not touched alcohol since.

In addressing the court, Wrench highlighted the trauma his client has experienced since he rose to international stardom at the age of 14.

"His fame came to him in an unwanted fashion and fame came with attacks and vitriol, including defacing and graffitiing his mother's fence," Wrench said. "He was pursued by a weird stalker, there was a defamation case, and he was accused of going to a brothel, which was totally untrue. When he ventures outside, he is worried about people attacking him. His home is his only safe spot."

Johns, who had a previous offense of mid-range drink-driving on his record from February 2015, has also dealt with a series of physical and mental health issues including severe anorexia and arthritis, with which he was diagnosed at the age of 22.

In sentencing Johns, Magistrate Ian Cheetham said Johns was best served to continue with psychiatric treatment in the community.

"There is no doubt a custodial sentence will not achieve an appropriate result for him or the community," Cheetham said.

Daniel's second solo album, "FutureNever", was released in April and topped the Australian ARIA Albums chart in its third week of release. It is the follow-up to Johns's debut solo album, "Talk", which came out in 2015.