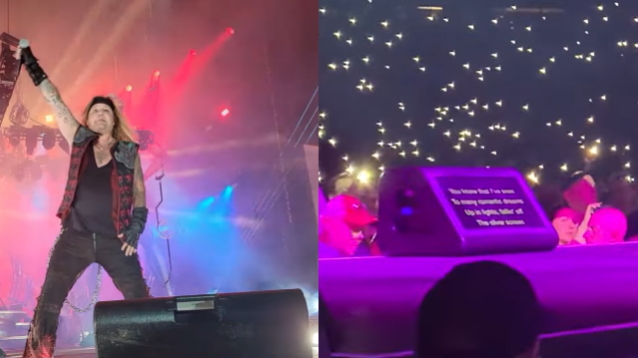 YouTube channel Justin Newton has uploaded several video clips of MÖTLEY CRÜE's July 5 concert in St. Louis, Missouri as part of "The Stadium Tour". Clearly visible in the footage, which has been embedded below, is the onstage teleprompter which singer Vince Neil is apparently relying on to get him through each show.