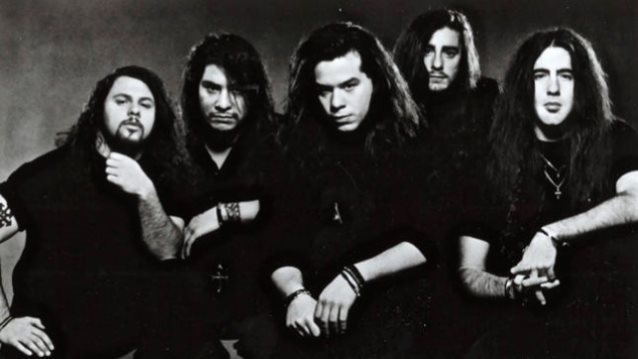 SINDROME: 'Resurrection - The Complete Collection' Due In March

On March 4, Century Media will release the two only studio recordings from the cult Chicago thrash/death metal act SINDROME — the acclaimed "Into The Halls Of Extermination" (1987) and its successor, "Vault Of Inner Conscience" (1991). As both demos have been bootlegged numerous times, it’s now time to offer all fans of timeless thrash/death metal these two legendary recordings as an official release, fully supported by the band and done in close co-operation with SINDROME vocalist Troy Dixler.

"Resurrection - The Complete Collection" will be released as a noble two-CD digipak with slipcase and 36-page booklet as well as an LP with a 16-page LP size booklet and bonus CD. The entire audio material has been carefully remastered from original sources to guarantee an optimal listening experience. Metalion (Slayer magazine) has written an introduction to the release and Laurent Ramadier (Snakepit magazine) has conducted an extensive interview with Troy Dixler giving you a deep insight into the band's history. The cover artwork and additional design was done by Gustavo Sazes (MORBID ANGEL, ARCH ENEMY). As a special bonus, SINDROME has unearthed the lost track "Brought To The End" from the recording session of "Into The Halls Of Extermination" — an awesome track that now finally can be offered to the fans.

Besides the two demos and the bonus track, "Resurrection - The Complete Collection" includes a full bootleg live show from Chicago, recorded in 1988, when SINDROME supported DEATH on their "Scream Bloody Gore" tour. The show is unedited and has a pretty raw sound, but it captures the intensity of SINDROME's live shows very well. It also includes the tracks "Surround The Prisoner" and "Psychic Warfare", two songs from the very early days that were never properly recorded in the studio.

"Resurrection - The Complete Collection" offers over 88 minutes of relentlessly raging thrash/death metal and is a mandatory purchase for every fan of U.S. thrash metal and especially for the worshippers of the glorious heydays of the Chicago metal scene that brought up bands like DEVASTATION, TERMINAL DEATH, DEATH STRIKE, ZOETROPE, FUNERAL NATION, CYCLONE TEMPLE, ZNÖWHITE, NUM SKULL, FUNERAL BITCH and MASTER.

Said Chris Reifert (AUTOPSY, ex-DEATH): "This stuff still sounds kick-ass! I was ready for it way back when, as I had already been into DEVASTATION and TERMINAL DEATH. SINDROME did not disappoint and I'm glad it's finally getting the proper treatment all these years later. I have a soft spot in my rotten soul for the good ol' demo days, when everything hadn't already been done and SINDROME was definitely part of that movement. I am very much looking forward to cranking this release up loud!"

The pre-sale of "Resurrection - The Complete Collection" has started! Head here and order your copy now.

For those still unfamiliar with SINDROME, check out the track "Cathedral Of Ice" below. 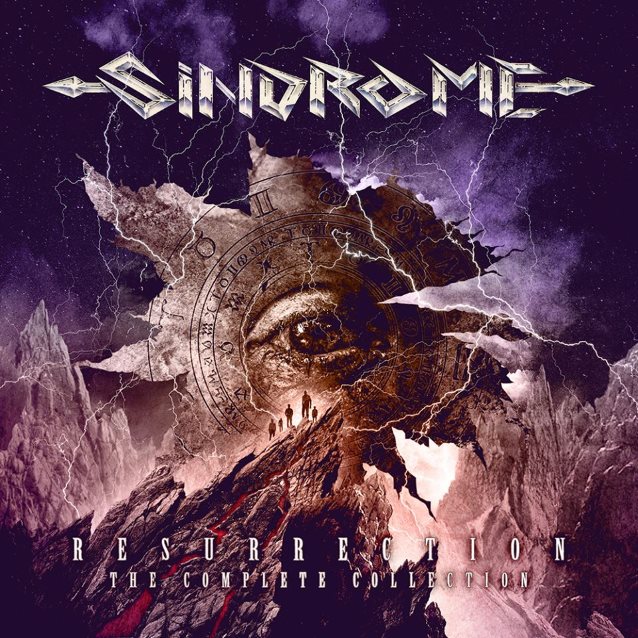