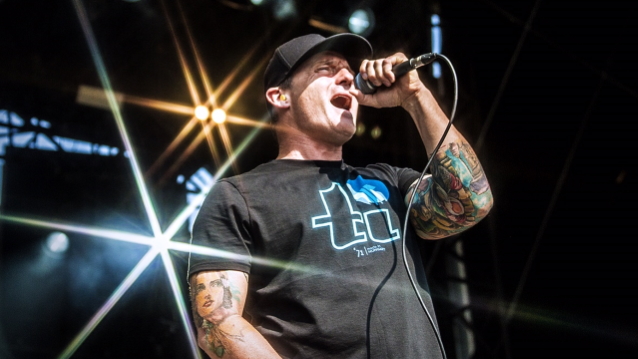 Zoli states: "I want to start by thanking all of the fans of IGNITE for the last 25 years. I want to thank all of those who let me into their lives through the songs I sang and the music we wrote. It's been an honor and a privilege to perform for you all.

"With a heavy heart, I am announcing my departure from IGNITE. I am going to focus most of my time now to rescuing animals and other film and musical endeavors.

"I will perform the upcoming IGNITE club shows already booked in California in early 2020.

"I am very hopeful IGNITE will keep recording, touring, and performing with a new singer and a new energy. I wish them the best of everything.

"Thank you for so much for your love and appreciation throughout the years.

Téglás was born in Los Angeles, California and has been the frontman of IGNITE since 1994. In 2000, he toured with the legendary MISFITS and joined PENNYWISE in 2010. He stayed with the latter group for five years, and appeared on PENNYWISE's "All Or Nothing" album. He has also collaborated with other bands, including the MISFITS, MOTÖRHEAD and SOCIAL DISTORTION.

I want to start by thanking all of the fans of Ignite for the last 25 years. I want to thank all of those who let me...